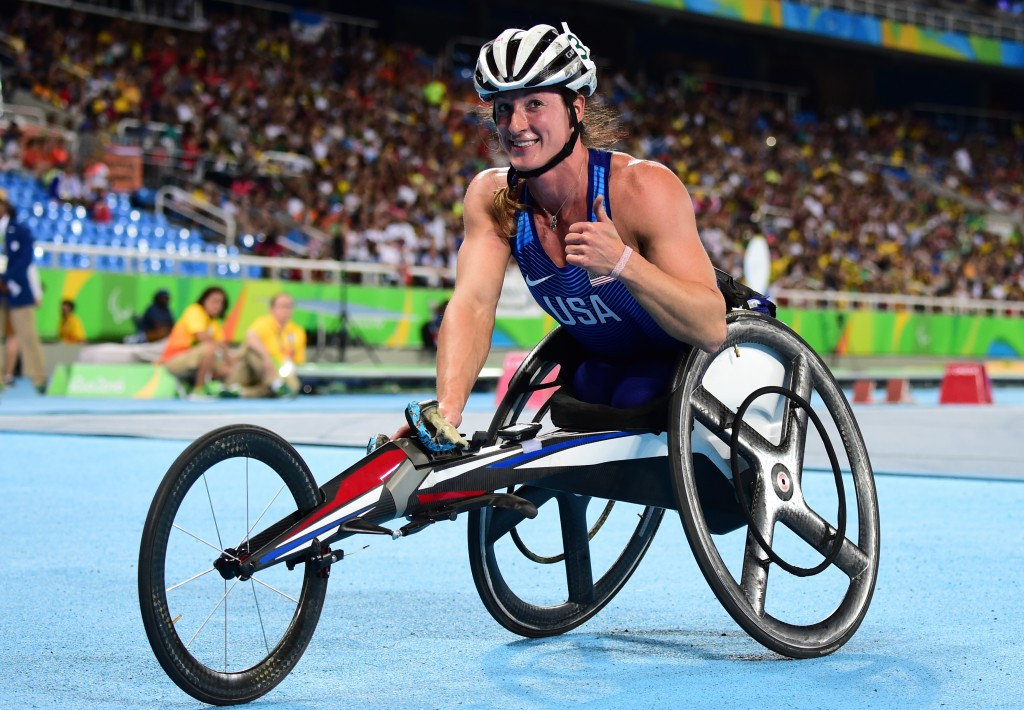 Wheelchair athlete Tatyana McFadden is using the current circumstances to motivate and inspire the next generation of athletes through virtual training sessions.

McFadden, who has won 17 Paralympic medals since debuting at Athens 2004, has been one of Para athletics' top names since her big breakthrough at London 2012, where she won three golds and a bronze on the track.

Through New York Road Runners' "Rising Wheelchair" training sessions, McFadden has been teaching children from younger than 5 to 16 about staying active while continuing to stay at home during the COVID-19 pandemic, which has in hit New York City especially hard.

One of the United States' greatest Para athletes, McFadden has won the New York Marathon five times and still holds the course record from her victory in 2015.

Originally born in Russia, McFadden was placed in an orphanage because her mother could not cope with some medical issues after she was born with spina bifida, leaving her no use of her legs.

ICYMI: 5x @nycmarathon champ and @TeamforKids Ambassador @TatyanaMcFadden is using this unexpected offseason to help inspire the next generation, joining the #RisingNYRR Wheelchair Training Program to provide the young athletes with tips to stay #ActiveAtHome https://t.co/YR77Mi7Bup

McFadden was adopted at six years old and has had 15 surgeries in the US, starting her Paralympic journey at the age of 15.

"It was a challenge, it was something I was willing to embrace - I had so many challenges in my life," McFadden said.

"I love pushing myself to the limits and I want to see how far I can go and push myself in this sport."

McFadden also spoke about the enjoyment coaching offers, with children taught the importance of scheduling, exercise and meal preparation.

The seven-time Paralympic gold medallist added: "I see them in me, they are very hungry to learn, they want to get better and they're eager to race again."

There have been more than 1.34 million confirmed cases of COVID-19 in the US, resulting in the deaths of at least 80,000 people.