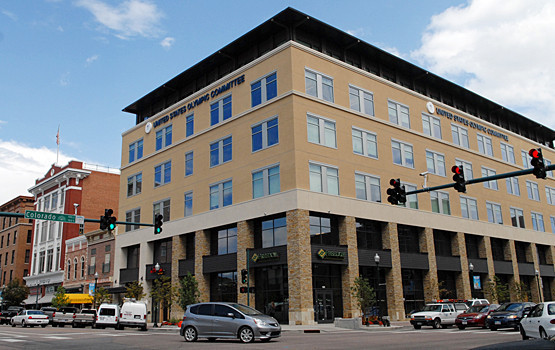 The United States Olympic and Paralympic Committee (USOPC) says 51 staff positions will be eliminated as part of "significant" cuts to the organisation caused by the coronavirus pandemic.

The cost-cutting measures come as USOPC looks to trim up to 20 per cent from its budget to make up for shortfalls caused by coronavirus crisis.

A letter sent to Olympic stakeholders explained how 32 employees had been offered different roles within the organisation, meaning there is a chance that not every position eliminated will result in a job being lost, as reported by Associated Press.

The latest job reductions, combined with more than 30 employees who already accepted offers for voluntary redundancy, will result in a staff of around 500 being reduced by a fifth.

"I am overwhelmed by the magnitude of this change," said USOPC chief executive Sarah Hirshland.

"It has become clear that it will take months, and not weeks, for us to return to full operation, particularly at our training centres in Colorado Springs and Lake Placid."

Olympic training centres across the US offer housing and training for hundreds of athletes, with many having their full-time training facilities based at the centres.

A similar move took place at the Australian Olympic Committee (AOC) last month, with its chief executive John Coates taking a 20 per cent pay cut, followed by all the members of the AOC's senior management team.