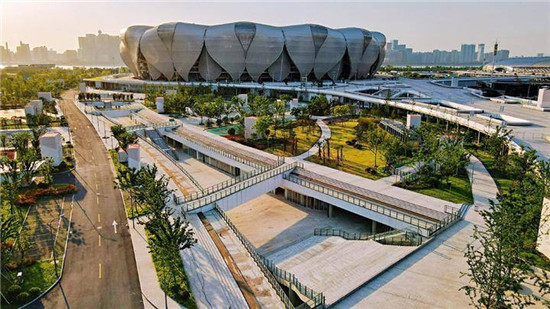 An underground complex is set to connect the Hangzhou Olympic and International Expo Centre and other venues for the 2022 Asian Games.

Main venues and halls in the area will be connected using underground tunnels, making it the biggest underground facility in Hangzhou.

Part of the complex, expected to cover 986,000 square metres, has already been completed.

The main venue in the complex is the Big Lotus, which will host athletics during the Games.

Several other sports will be held in the Olympic Park, including aquatic events.

Hangzhou 2022 is set to be the third time that China hosts the Asian Games, having previously done so in 1990 in Beijing and 2010 in Guangzhou.