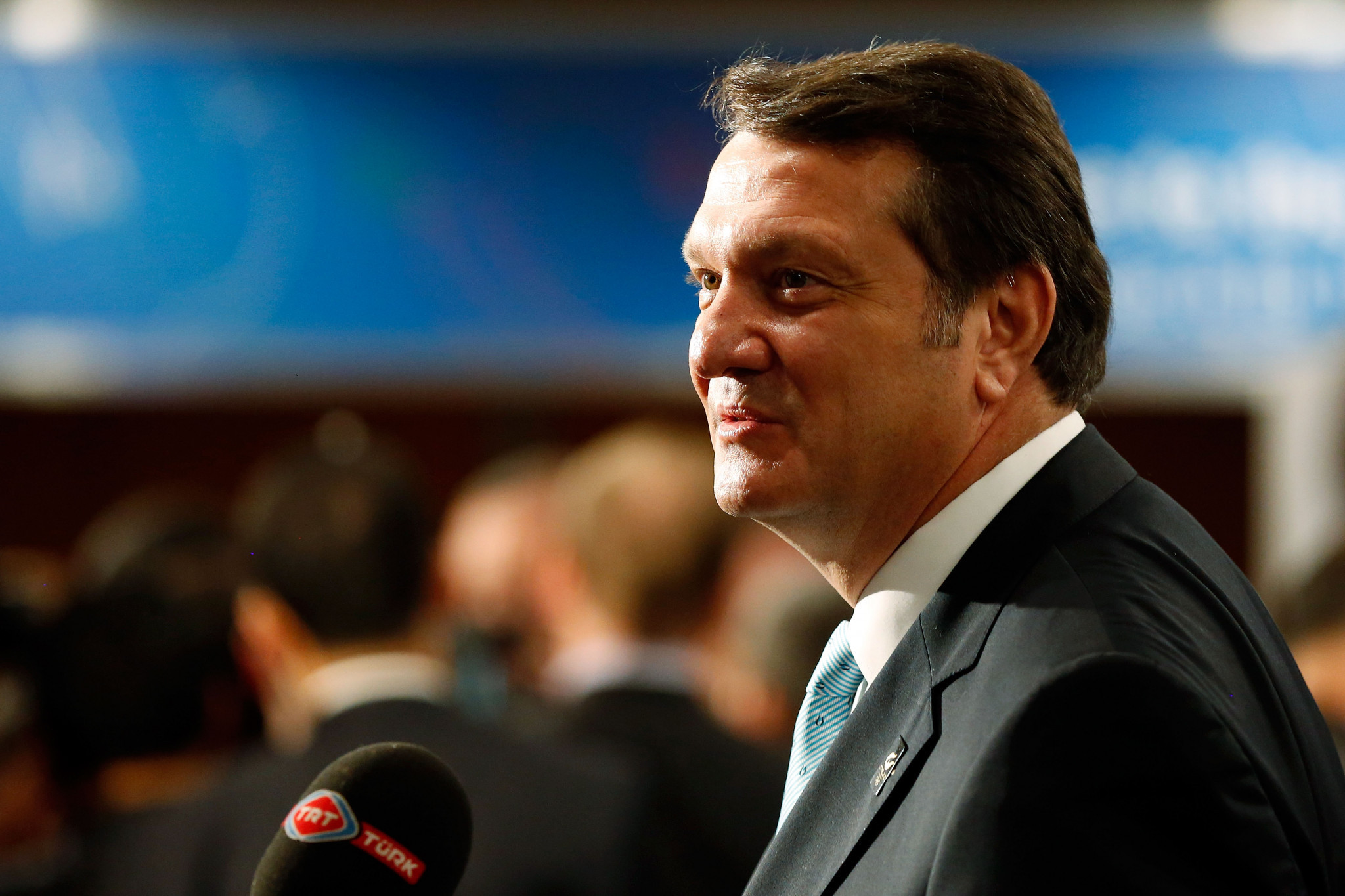 Hasan Arat, vice-president of the Turkish Olympic Committee and leader of Istanbul's unsuccessful bid to host the 2020 Olympic and Paralympic Games, has called on the city to target the 2032 Games.

Istanbul is "ready" for the Games and "the Olympics is suitable for this beautiful country with a young population", Arat told the state-run Anadolu Agency.

Queensland in Australia is planning to bid for the Games in 2032 - although that is "on hold" at present due to the coronavirus crisis - while Indonesia, focusing on capital Jakarta, and India are among the other contenders.

"I believe that Turkey should not give up his ambition for Olympics," Arat said.

"Moreover, Istanbul should be a candidate city for the 2032 Summer Olympic Games.

"This objective must not be abandoned."

Arat was the chairman of Istanbul's bid to host the 2020 edition of the Games, eventually losing out to Tokyo.

In a final, head-to-head round of voting at the International Olympic Committee (IOC) Session in 2013, the Japanese capital beat Istanbul by 60 votes to 36.

"Turkey, managing successfully the pandemic process, fulfilled its promises on the infrastructure during its candidacy in 2020," Arat insists.

"Roads, subways, Marmaray [train line], airport are the promises given at that time.

"Istanbul is ready and should be a candidate.

"This is a state decision."

Istanbul Airport opened in 2018, while the city also now boasts another impressive stadium - the 41,000-seat Vodafone Park - which last year hosted the UEFA Super Cup and is the home of Beşiktaş, but was not yet built at the time of the 2020 candidature.

The city's Atatürk Olympic Stadium was due to host this season's UEFA Champions League final, but that now looks in doubt because of the coronavirus crisis.

"Turkey is one of the important countries allocating sources to the sport," Arat added, praising its "splendid facilities all around".

The IOC has made significant changes to the bidding process since Istanbul attempted to win the rights to the 2020 Games, including ending the seven-year period before the event is awarded and creating powerful commissions to control the selection of the host city.

Arat - a member of the World Athletics Executive Board and European Olympic Committee (EOC) Executive Committee - stressed the "candidacy procedure is not like before" and should be considerably less expensive, while hosting the 2032 Games should also be less of a financial burden, he said.

"The studies of this [IOC] commission has shown the possibility of carrying out the games with lesser budget.

"There is no need for excessive expense and investment.

"This shall be first implemented in 2024 Paris."

Paris and Los Angeles were simultaneously awarded the 2024 and 2028 Games respectively at the 2017 IOC Session.

Arat joined the World Athletics Executive Board in 2019 and chairs the EOC Coordination Commission for the 2023 European Games, set t be held in Kraków in Poland.