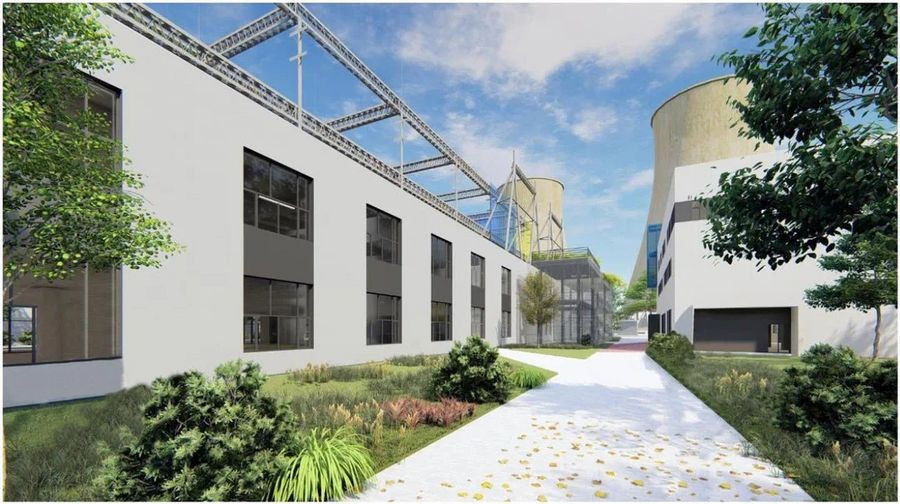 The Uniform and Accreditation Center (UAC) for the 2022 Winter Olympic and Paralympic Games in Beijing is set to be completed in September and handed over to organisers.

The Beijing Major Construction Headquarters Office, the body in charge of building the infrastructure for the Games, confirmed that they remained on track to finish the UAC this year, despite delays caused by the coronavirus crisis, China's official state news agency Xinhua reported.

The UAC is expected to be the location for Olympic and Paralympic staff and volunteers to collect their accreditation passes and uniforms before the Winter Olympics are due to open on February 4 in 2022.

It will also act as an area to take photographs for accreditation passes.

The UAC is being used to rejuvenate old industrial facilities and promote local development.

It involves the reconstruction of a heat pumps room and other warehouses at the Shijingshan thermal power plant of the Beijing Energy Holding Co Ltd.

The power plant was officially closed in 2015 as part of Beijing's efforts to clear the city's smoggy skies by replacing coal-fired boilers.

After the Games, it is due to be transformed into a storefront for cultural and creative products.

The entire project, which officially begun on April 15, covers an area of about 23,000 square meters, and the reconstructed building area is 11,400 square meters.

It is another example of how Beijing 2022 is trying to use the Games to redevelop former industrial areas of the Chinese capital.

The Organising Committee's headquarters is built on the former steel plant of Shougang Corporation in Shijingshan District.