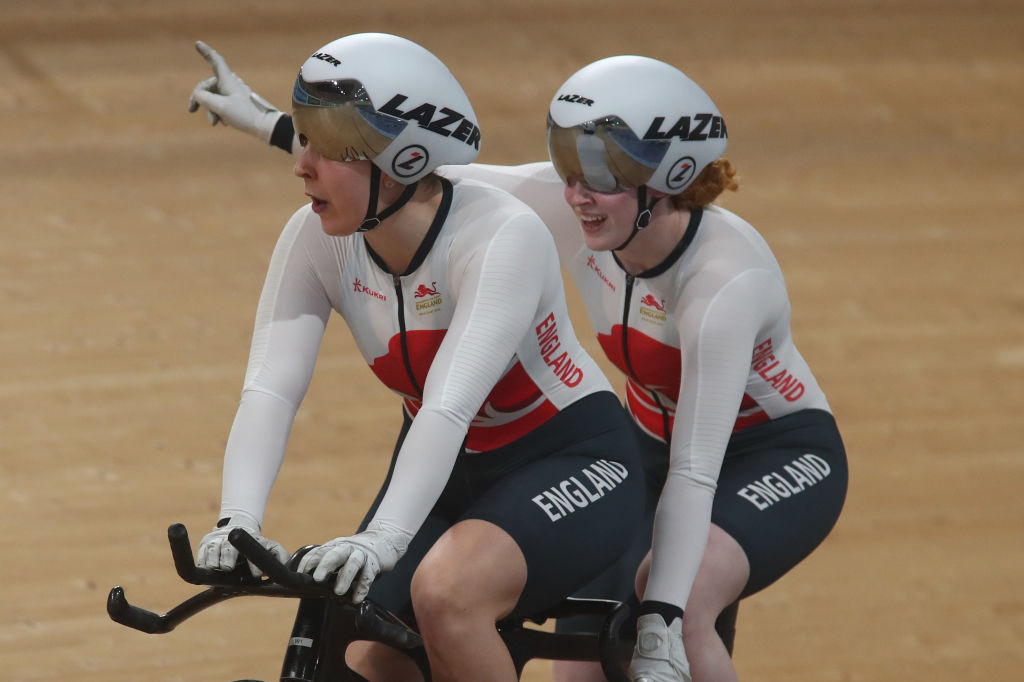 Tandem pilot Helen Scott has announced the Great Britain cycling team is seeking a new "stoker" - the blind or visually impaired rider at the back of the tandem who provides the power - following the retirement of reigning Paralympic kilo champion Sophie Thornhill.

"Sophie and I enjoyed a successful partnership spanning over six years and winning eight world titles together as well as the Paralympic gold medal, and we made such a strong team,” said Scott, who guided the pairing to their Rio 2016 win ahead of the duos powered by Larissa Klaasen of the Netherlands and Jessica Gallagher of Australia.

"Sophie has made the decision to further her education which I completely respect and I wish her all the best.

"This is the start of a new chapter in my career, and I am still as driven as ever to reach that top step of the podium in Tokyo and beyond.

"I want to encourage any blind or visually impaired females who can match my drive and passion for sporting success to put in an application.

"Tandem racing is a real team effort and we are so well-supported within the Great Britain Cycling Team.

"We receive the very best coaching, track and gym time, access to nutritionists, physios and psychs, just to give some examples of the support we receive.

"But what I enjoy most is that I get to train alongside a group of really good friends and teammates each day, some of whom are Olympic and Paralympic champions, which is hugely inspiring.

"I'm really passionate about tandem racing, and I remain highly driven to further my successes on the tandem, and to further support the development of para-cycling.

"For me, the journey is by no means over, and I’m excited to see what the future holds for me and a new tandem partner."

Jon Pett, head of Para-cycling for the Great Britain cycling team, insisted there was enough time to find a replacement for Thornhill for the Tokyo 2020 Paralympic Games, postponed until 2021 because of the coronavirus pandemic.

Cycling experience is not necessarily required, Pett said, but applicants need to hold a British passport and be at least 18 years old by December 31.

"We fully believe that, with 427 days to go until the Tokyo Paralympic Games, we have enough time to develop a new tandem stoker to deliver gold medal success, as well as contributing to our team ambition of topping the medal table in Tokyo, Paris and beyond," Pett said.

"Working with our world-class team of support staff in our world-class facilities alongside the world’s best tandem pilot in Helen Scott, the candidate will be in the best place to start their elite racing career.

"We are looking for a blind or visually impaired female who has the drive and passion to succeed.

Thornhill, 24, announced her retirement earlier this month, a decision that had been prompted by the postponement of Tokyo 2020.