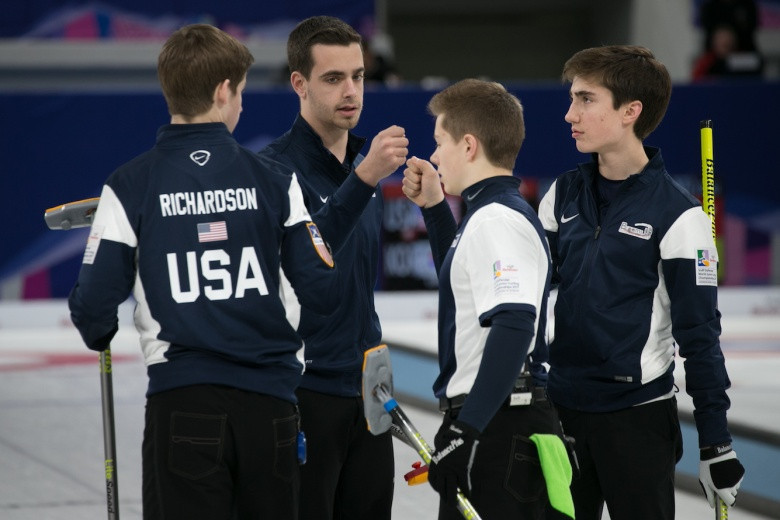 USA Curling has announced the formation of a new under-25 national team programme to give more opportunities to developing athletes once they leave junior ranks.

The programme was created in cooperation with the United States Olympic and Paralympic Committee (USOPC), aiming to focus on young curlers who are still honing their skills.

It will consist of three teams - men's, women's and mixed doubles - and will feature nine players to begin with.

The women's team will be made up of Madison Bear, Annmarie Dubberstein, Taylor Drees and Allison Howell, while Bear will also be part of the mixed doubles side with Andrew Stopera.

Luc Violette, who took over from Stopera as skip of his own team, will lead the men's rink also made up of Chase Sinnett, Ben Richardson and Jon Harstad.

The World Junior Curling Championships are open to athletes aged 21 and under, with the next stage being the full senior competition.

"We are proud to be at the forefront of what we expect to be a bedrock of developing USA Curling's young talent into Olympic hopefuls," George said.

Bear was a world junior silver medallist with her team in Danish capital Copenhagen in 2016, while Violette won the same colour medal a year later in Gangneung in South Korea.

Jessica Schultz, USA Curling women's and junior programme director, hopes the under-25 opportunities will act "as a bridge between the National Junior Team and National Men's and Women's Teams to continue toward our goal of sustained competitive excellence."

Schultz added: "We look forward to continuing to develop the program with Tyler and Jordan to eventually encompass all athletes aging out of juniors who are working toward their Olympic dreams.

"We appreciate the USOPC's support in helping to make this program happen."