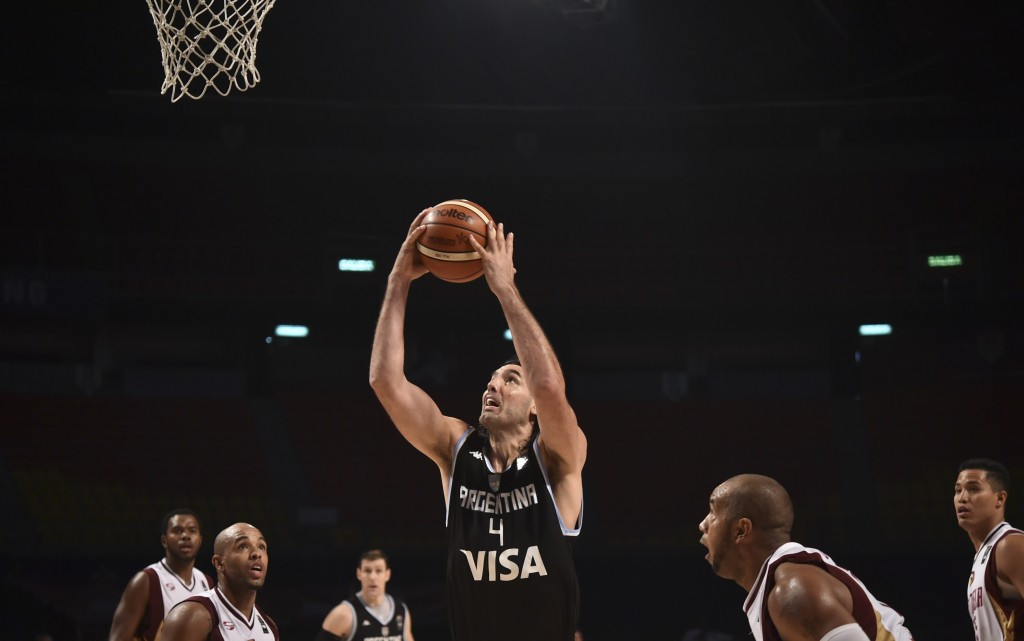 Retired Argentinian basketball star Manu Ginóbili has said that his former teammate, Luis Scola, deserves to compete for the national team at next year's Tokyo 2020 Olympics ahead of his retirement.

Scola, now 40 years old, has competed at four straight Games since making his Olympic debut in Athens in 2004 and could reach a fifth Games in Tokyo in 2021.

The Tokyo Games were postponed to 2021 due to the COVID-19 pandemic which has led to global social and travel restrictions.

Speaking to Argentinian television station TN, Ginóbili said: "You would have to shoot Scola in the head for him not to play in the Olympics.

"He deserves to end playing with a jersey that gave him so much joy and to which he gave so much joy."

The pair were teammates at the 2004 and 2008 Olympics when they won the gold and bronze medals at the respective Games, with Ginóbili bowing out from international matches after the Rio 2016 Games.

Scola spent ten years in the National Basketball Association with the Houston Rockets, Indiana Pacers, Toronto Raptors and the Brooklyn Nets and has since played in China and Italy.

He spoke recently of possibly going to a fifth Games in an interview with FIBA and said: "I wanted to become the first [Argentina] basketball player in history to play at five Olympic Games, but that now has become much more distant - I will have to evaluate it.

"If I have to accept that I can no longer give 100 per cent, then I would stop immediately."

The meeting between Varese and Luis Scola ended.
The Argentinean forward will decide by Saturday whether to play one more season and end the career in Tokyo or retire.
If Scola keeps playing, he will join Varese, as he told the Italian team

He is currently a free agent and will have his options open for next season - with one of those options potentially being Pallacanestro Varese, an Italian club coached by Attilio Caja.

Caja said to Varesenews.it: "We would be delighted to have a player like him in the team.

"He would be ideal to guide the young group and not only on the court, but off of it - his arrival would give prestige to the club."