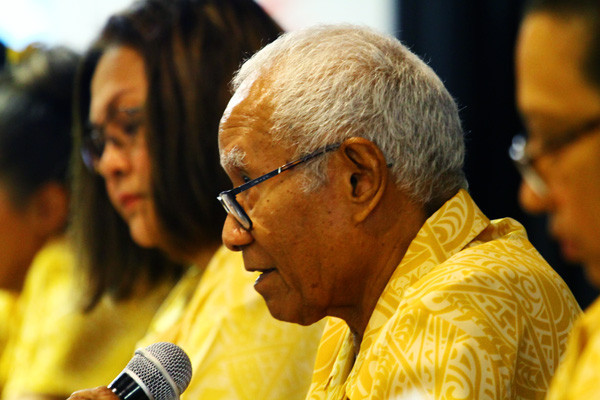 Sir John retained his position on the Executive Board during the organisation’s General Assembly, held at the Gateway Hotel in Port Moresby.

He narrowly beat opponent Ralph Tarasomo by one vote in the second round of voting, with Karo Lelai eliminated in the first round.

The 75-year-old has already served eight years as President, and will serve four more before reaching the term limit.

"I’d like to thank Karo for putting up her name and also Ralph for putting up his name due to the democratic process that we abide by, and I thank you all for casting your votes," Sir John said.

"I also take note of the voices of National Federations as valued members with focus on more support for them."

Grace Mataio ran unopposed for the position of treasurer, with Tamzin Wardley reaching the three-term limit.

Wardley is set to be the Papua New Guinea Chef de Mission at next year's Olympic Games in Tokyo.

Faye-Zina Lalo was re-elected as legal advisor and former male vice president Michael Henao was voted in as fundraising chair.

Terms have been staggered to avoid the entire Committee retiring at once.