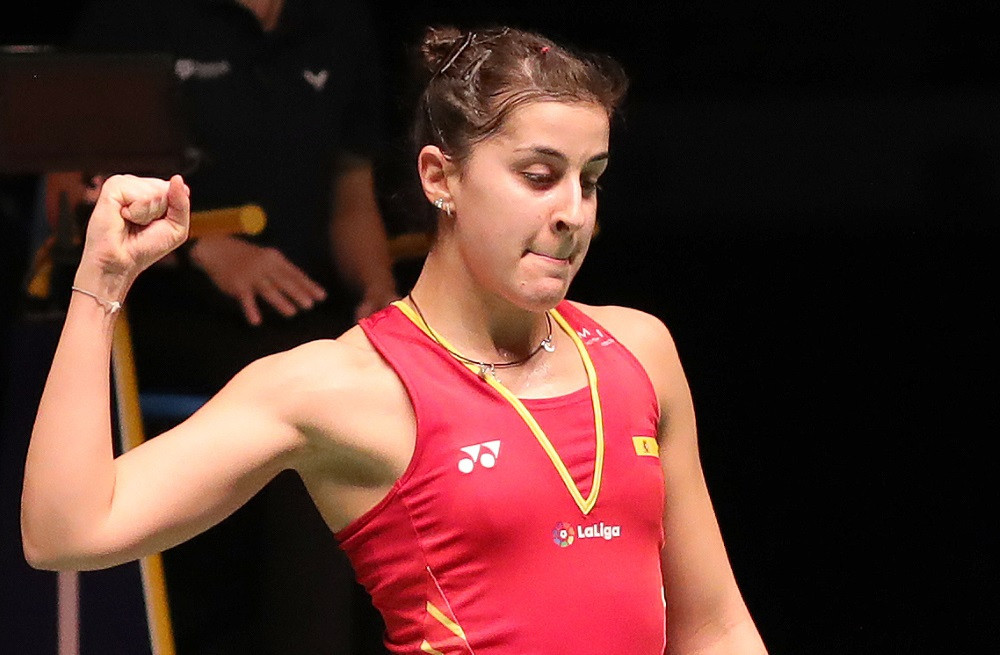 Olympic badminton champion Carolina Marín has offered her medals to healthcare workers in Spain to say thank you for their work during the COVID-19 pandemic.

Marín, who made history at Rio 2016 when she became the first non-Asian player to win the Olympic women's singles competition, has been speaking to staff at Spanish hospitals.

She spent the lockdown in her hometown of Huelva, with Spain one of the worst-hit countries in the early stages of the pandemic.

"I offered all my medals to them when I was talking to them as they are in fact the real heroes in Spain, they deserve every applause and accolade," Marín told The Indian Express.

"It was inspirational, I just wanted to thank them.

"They are the real heroes for all the effort in taking care of sick people in Spain during these terrible times.

"They did an incredible job and I would like to thank the front-line fighters who risk their lives every day and continue to serve people like us."

Marín is a three-time world champion in women's singles, winning in consecutive years in 2014 and 2015 before adding her third title in Nanjing in 2018.

She is also a four-time European champion, including a streak from 2016 to 2018 where she won three titles in a row.

Now, she is aiming to defend her Olympic title at the re-arranged Tokyo 2020 Games next year.

"Winning the Olympics was a dream that I and my coach had seen and my entire team had put together with unbelievable hard work for the four years to get to that gold in Rio – now my goal is set again," she said.

"It will take some time before I go full steam, but once the tournaments start, time shall fly."

Marín spent nine months on the sidelines in 2019 after suffering an ACL injury.