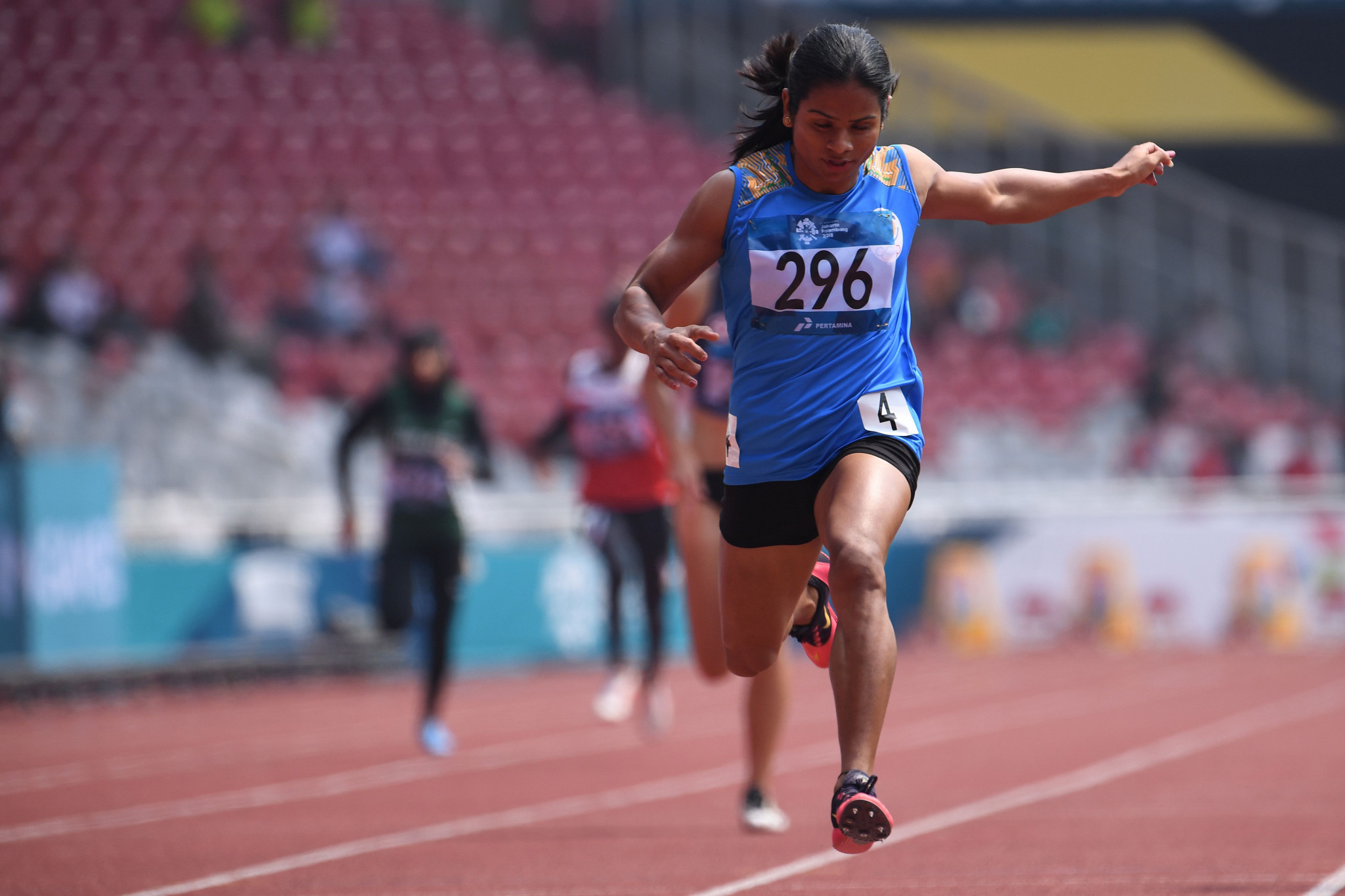 Indian sprint record holder Dutee Chand has placed her car on sale as she attempts to cover the costs of training for the postponed Tokyo 2020 Olympic Games.

Chand, who lowered her Indian 100 metres record to 11.26sec last year, said she had made the "difficult decision" to sell her BMW.

The sprinter was quoted by Times Now as saying she was unable to support herself and her family following the postponement of the Tokyo 2020 Olympic Games to next year, with her sponsorships impacted by the coronavirus pandemic.

"Due to the ongoing pandemic all competitions have been cancelled," Chand said, according to Times Now.

"Sponsorships for Olympics are also no longer there.

"I have spent all my money and haven't earned anything in the last few months.

"There will be no new sponsors either during this time so selling my car is the only option left."

Indian Minister of State for Youth Affairs and Sports Kiren Rijiju said he had spoken with Chand about the situation.

"In this case I already had a discussion with Dutee Chand and she is fine," he tweeted.

"She'll let me know if she needs additional help."

Chand has enjoyed success in recent years, with the Indian sprinter securing gold last year at the Naples 2019 Summer Universiade.

She clocked 11.32 to win the title, while she was a bronze medallist over 200m at the Asian Athletics Championships.

Chand won silver medals in the 100m and 200m at the Jakarta Palembang 2018 Asian Games.

She was dropped by the Athletics Federation of India for the 2014 Commonwealth Games in Glasgow, however, after they claimed her hyperandrogenism made her ineligible to compete as a female athlete.

This was appealed to the Court of Arbitration for Sport in Lausanne, who in 2015 ruled that there was a lack of evidence on testosterone increasing female athletic performance.

It meant Chand was allowed her to resume her athletics career, and she has since publicly supported South Africa's Caster Semenya, a double Olympic and a triple world champion over 800m.

Semenya is appealing to the Swiss courts against a CAS ruling which backed World Athletics' policy of trying to restrict legally-produced testosterone in female athletes who are competing in middle-distance events.