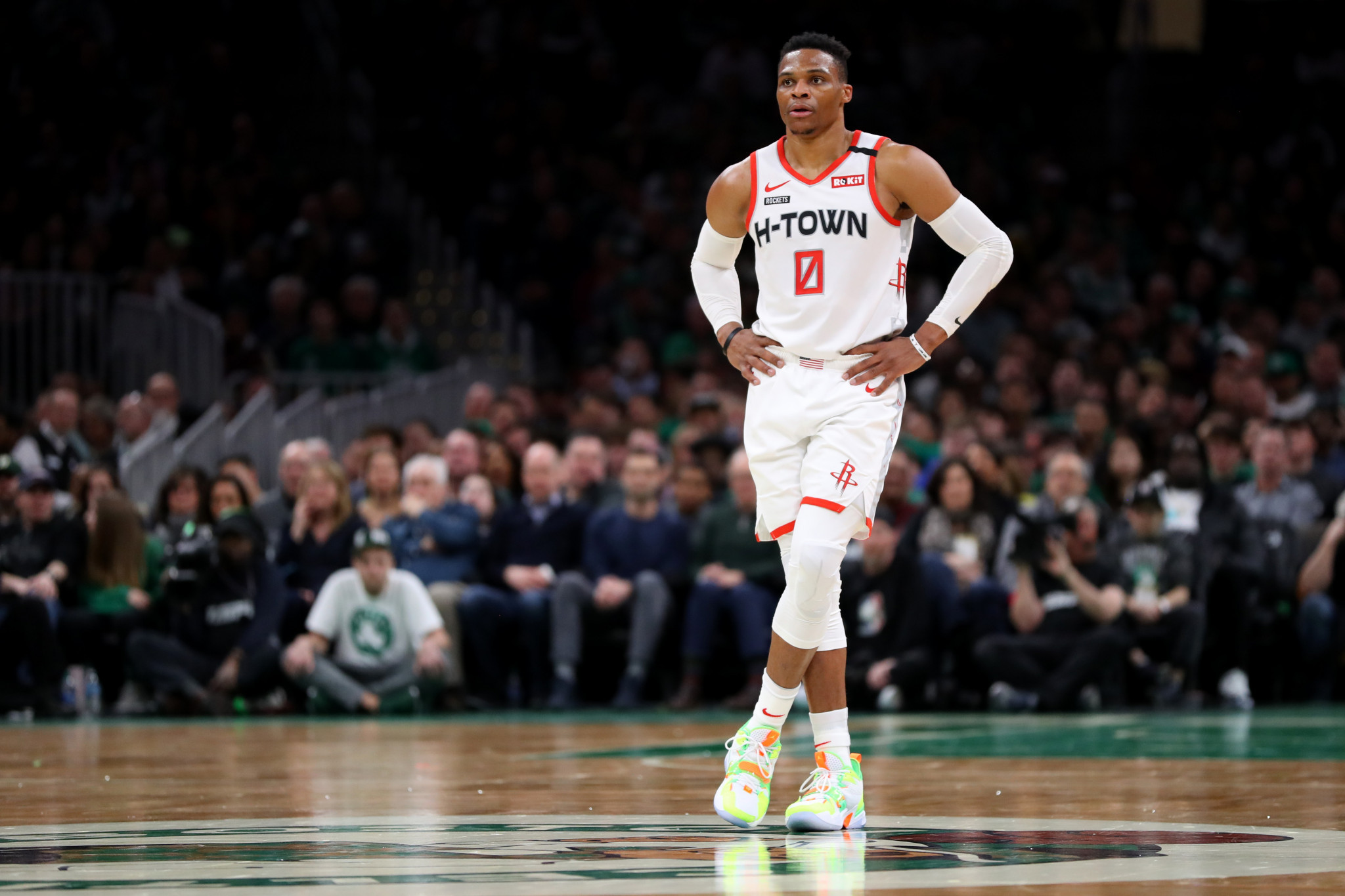 Houston Rockets player Russell Westbrook is in quarantine after testing positive for coronavirus ahead of the conclusion of the National Basketball Association (NBA) season.

Westbrook, an Olympic gold medallist with the United States at London 2012, confirmed he had tested positive for COVID-19.

He was unable to travel to Walt Disney World's ESPN Wide World of Sports Complex in Orlando where the NBA season is due to resume.

"I tested positive for COVID-19 prior to my team's departure to Orlando," the 31-year-old point guard said.

"I'm currently feeling well, quarantined, and looking forward to rejoining my team-mates when I am cleared.

"Thank you for all the well wishes and continued support.

The Rockets have not only been impacted by the absence of Westbrook, the NBA's most valuable player in 2017 and a nine-time NBA All-Star.

James Harden and Luc Mbah a Moute also did not travel with the team to Orlando ahead of the restart.

Rockets coach Mike D'Antoni expressed hope the players will be able to arrive in Orlando in the coming days, according to ESPN.

The NBA released a statement yesterday which confirmed two players had tested positive for coronavirus on arrival in Orlando.

"Of the 322 players tested for COVID-19 since arriving on the NBA campus on July 7, two have returned confirmed positive tests while in quarantine," an NBA statement read.

"Those players never cleared quarantine and have since left the campus to isolate at home or in isolation housing.

"These players are staying in their home markets and recovering until they are cleared under CDC guidelines and NBA rules for leaving home isolation and joining the campus."

Teams are currently preparing for the restart to the NBA season, which was halted in March.

The NBA was hit by COVID-19 when Utah Jazz player Rudy Gobert tested positive for the virus, leading to the shutdown.

Action is scheduled to resume on July 30 at Walt Disney World Resort, with 22 of the 30 teams expected to participate.

The 16 teams currently in the play-off places will all play, split across the Eastern and Western Conferences.

Six additional teams, who still have a chance to reach the play-offs, will also participate.

Eight teams, six from the Eastern Conference and two from the West, have been eliminated as they cannot reach the play-offs.

The remaining teams will each play eight "seeding games" to determine seeds for the play-offs, with the potential for there to be a play-in tournament to decide the eighth seed.

The play-offs will maintain their standard format.