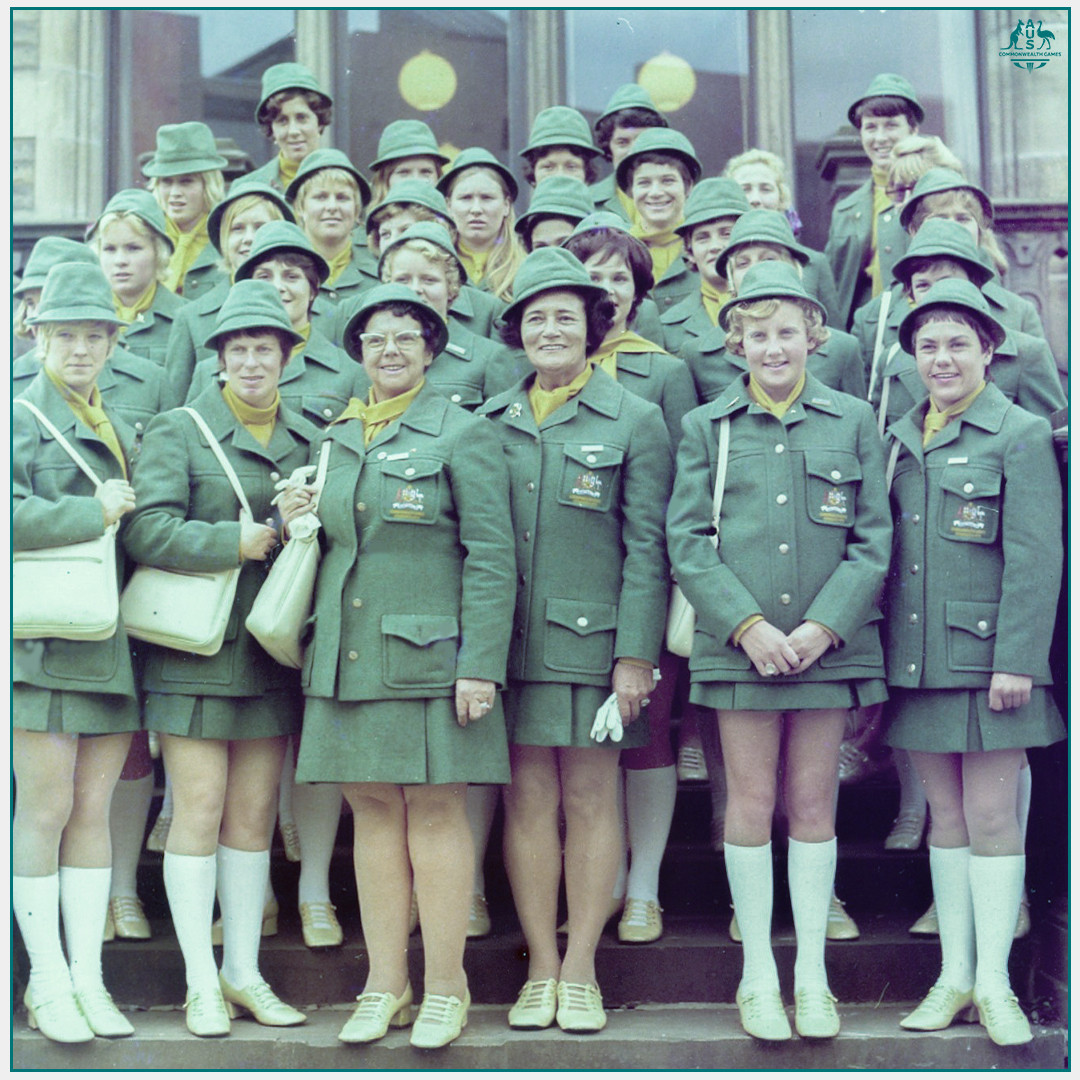 Coronavirus restrictions have made it impossible to have a traditional reunion for surviving members of the 107-strong team which enjoyed great success; instead their achievements will be celebrated with an online display of photographs, films and memorabilia from the Games.

"A range of archive material has been uncovered including the 1970 Games film and photos and these will be supplemented by stories that look back at the Games and celebrate the performances of Australia’s athletes", said a CGA statement.

The material will be made available on social media outlets until July 25.

Among those honoured will be 80-year-old Pam Kilborn, who became the first woman to carry the Australian flag at a Commonwealth Games.

Kilborn, making her final appearance at the Games, had been chosen as a result of lobbying by team leader Arthur Tunstall.

"She has been a wonderful athlete, spokeswoman and ambassador for her country," he said.

At the opening ceremony in #Edinburgh1970 Australian sporting history was made with champion hurdler Pam Kilborn leading the Australian team as flagbearer.

This was the first time at an Olympics or Commonwealth Games that Australia had a female opening ceremony flagbearer 🇦🇺🙌 pic.twitter.com/XATOTvyVoc

Kilborn told reporters: "I was so thrilled I couldn't sleep.

"I never dreamt I would be given such an honour.

"It was even a greater thrill than winning any of the gold medals."

She completed a hat-trick of sprint hurdles golds, this time over the metric distance of 100 metres.

In the same relay team was rising star Raelene Boyle, who had completed the individual sprint double in the early stages of a glittering career.

There was also plenty for Australians to cheer at the new Royal Commonwealth Pool.

The Official History of the 1970 Games wrote: "As Australia has dominated swimming since 1958 it was assumed this pattern would be repeated in Edinburgh and this pattern proved correct."

The CGA tribute will also remember team members who have passed away.

For legendary distance runner Ron Clarke, who died in 2015, Edinburgh 1970 was a farewell to top-level international competition.

He later competed in the shot at the 1974 Games in Christchurch.

Rigby, who passed away in 1998, was one of four Australian lifters to win in Edinburgh.

Team chief Tunstall had accompanied members of the team to Holyrood House to attend a Royal Garden Party.

When the team returned home, Tunstall called upon the sporting authorities to "bring out the band" to acknowledge "the greatest sporting team ever to leave Australia.

"They won more gold medals than any other earned abroad and also were the best-disciplined team.

"They gave tremendous publicity to Australia and proved to be the best-ever ambassadors."

Not all team members returned at the same time but Perth airport was reported to have given a "specially warm welcome" to swimmer Watson who "turned the air terminal into a scene of bubbling excitement" when she displayed her four gold medals.