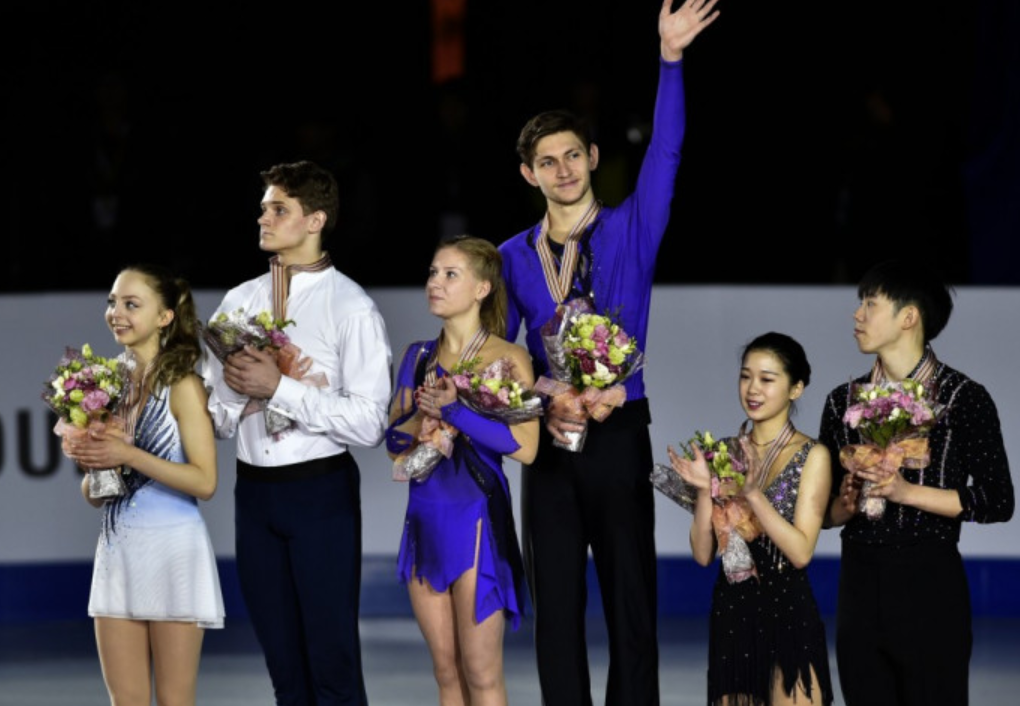 Ekaterina Alexandrovskaya, the Russian-born figure skater who represented Australia at the Pyeongchang 2018 Winter Olympic Games, has died after reportedly falling from a sixth-floor window in Moscow.

The Russian state news agency TASS quoted a law enforcement source claiming that suicide was being treated as a "preliminary cause" of the 20-year-old’s death.

Her skating partner Harley Windsor, who became the first indigenous Australian to compete at a Winter Olympics as they finished 18th in the pairs, wrote on Instagram: "Words cannot describe how I feel right now, I am devastated and sick to my core about the sad and sudden passing of Katia.

"The amount we achieved during our partnership is something I can never forget and will always hold close to my heart.

"This news is something you can never prepare for.

The skating family mourns the loss of Ekaterina Alexandrovskaya (AUS). The ISU shares its heartfelt condolences with her family, friends and teammates.

The pair, who began skating with each other after Alexandrovskaya had obtained Australian citizenship in 2016, won two national titles and were unexpected gold medallists in the 2017 World Junior Championships, finishing that year by becoming the first Australian winners of the Junior Grand Prix Final.

They missed out on the free skate in Pyeongchang after finishing 18th in the short programme, and in February last year Windsor announced - "with deep sadness and a heavy heart" - that they had decided to end their skating career as a pair, adding: "Due to health concerns, Katia and I are unable to continue."

Before 2016 Alexandrovskaya had been pairs skating with Russian partners, but her coach in Moscow, Nina Mozer, suggested she try out with Windsor after he had been recommended as a potential pairs partner by his Russian coaches back in Australia, Andrei and Galina Pachin.

"After visiting Moscow everything clicked with Ekaterina and he said he liked pairs skating because of the different elements, so he decided to go for it," German skating expert Tatyana Flade told insidethegames.

"It doesn’t always happen that skaters match up so quickly and easily in pairs.

"But in Australia there are not so many skaters, so Harley had a better chance of finding a pairs partner in Russia.

The news has come as another stunning blow to the Australian winter sports community following the recent death of double world champion and three-time Olympian snowboarder Alex 'Chumpy' Pullin while spearfishing on the Gold Coast.

The Australian Olympic Committee has released a statement describing the news as a "terrible blow".

Australia's Chef de Mission at Pyeongchang 2018, Ian Chesterman, said: "It is enormously sad to lose Katia who was a vibrant and talented person and an incredible athlete.

"She was quiet and humble in her manner but incredibly determined to be the best she could be.

"We are all deeply saddened to hear the news today.

"Life since the Games has not been easy for her and this is another timely reminder of just how fragile life is."

"She came to Australia to fulfil her sporting dreams.

"The news today is so sad, my thoughts are with Katia’s family in Russia."

"Condolences to the family."