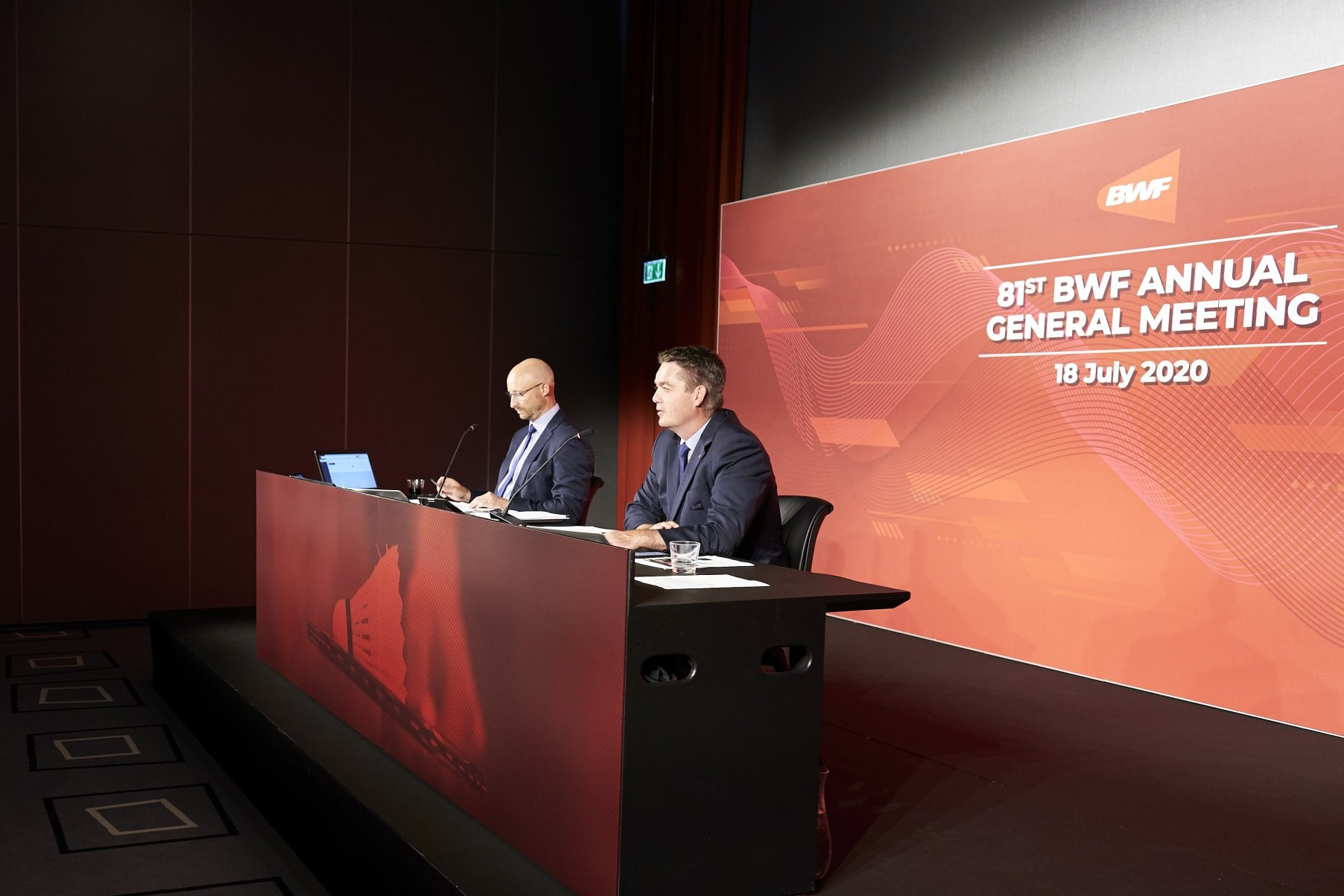 Proposals introducing gender and continental quotas for representation on the Badminton World Federation (BWF) Council have been approved during the body's Annual General Meeting (AGM) today.

The 81st BWF AGM, staged in Danish capital Copenhagen and online, also saw a four-term limit placed on the position of BWF President.

Proposal 5.4 concerned gender and continental representation on the BWF Council.

The 30 per cent minimum also applies to each continent's representation on the body.

Two new ordinary Council members will be added - taking the total to 30 - but only 27 members are included in the quotas.

Para-badminton's vice-president, as well as two athlete representatives, are free to be any gender and from any continental area.

The President, their deputy, five vice-presidents and 20 remaining ordinary members must have the following configuration; 10 Asian representatives, nine from Europe, three from the Americas, three representing Africa and two from Oceania.

Given there must be 30 per cent gender representation for each continent, Oceania's two Council members, for example, need to be one woman and one man.

In future elections, if there were not enough Council candidates from a certain gender or region, positions would be left vacant for a year until another election can take place.

"Today we have made history by staging the very first virtual AGM and I thank all member associations and voting delegates for being part of this journey," BWF President Poul-Erik Høyer said.

"I also want to congratulate the membership for passing the landmark vote to approve the constitutional change to ensure gender equality on the BWF Council and for taking another important step to improve our governance practice by bringing in a vetting process for officials of the BWF.

"The virtual AGM today has allowed us to complete our governance requirements to host our AGM every year before 31 July, but also to deliver some important decisions to ensure we continuously improve our governance practice over time.

"Our focus on good governance is essential for the BWF and we continue to excel in this area.

"This is fantastic news for badminton that we are doing very well in this area.

"What’s more pleasing is that today as a federation we have been able to oversee the approval of a number of key Council proposals which highlights the ambition of the membership and Council to continue to improve.

"It’s a great sign for the future of badminton and I congratulate everyone on these outstanding results."

ASOIF's review found that gender equality remains an issue for many IFs and the currently composition of the BWF Council would not reach the 30 per cent threshold for female representation.

Other constitutional amendment passed include adding the chair of the Para Badminton Athletes’ Commission to the Council, meaning there are two athlete representatives.

Vetting processes and minimum eligibility criteria for elected officials, as well as members of BWF hearing panels, were also approved.