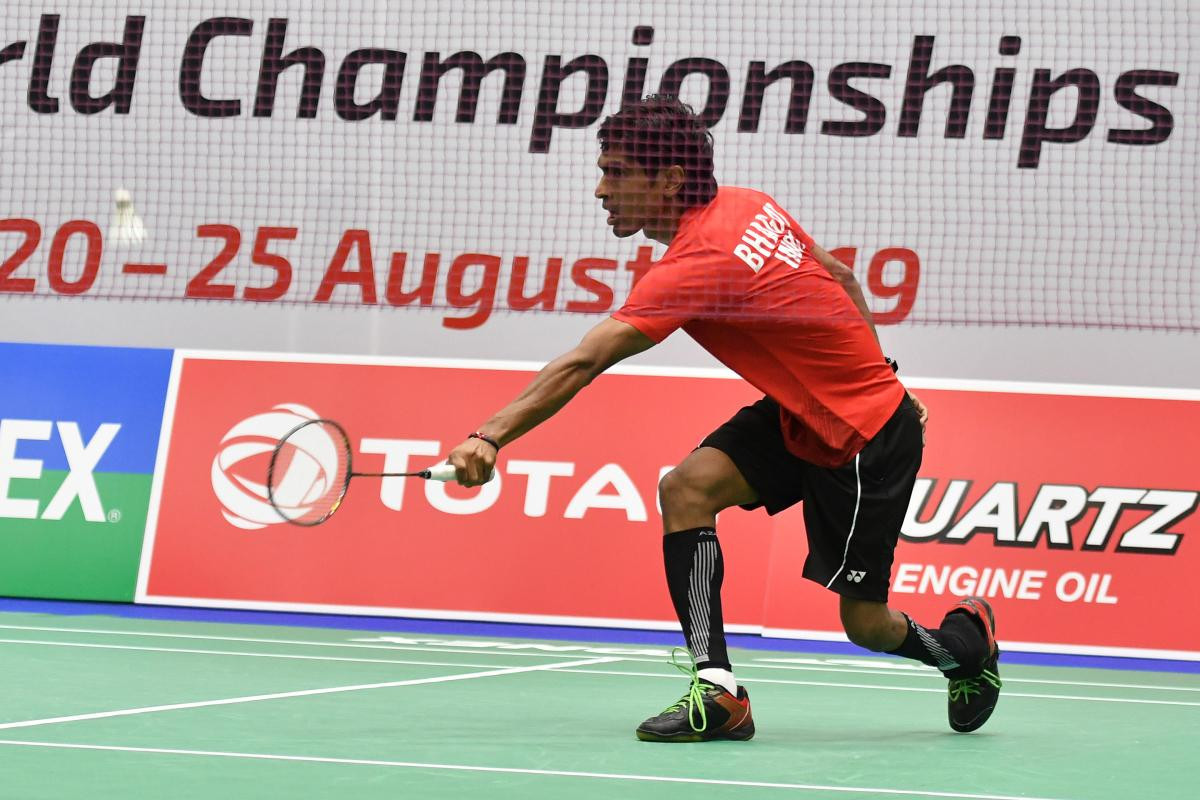 Para-badminton world champion Pramod Bhagat claimed he is "fitter than ever before" after a break in playing due to the coronavirus pandemic.

The Indian, world number one and reigning world champion in the SL3 singles and doubles division, was unable to play for four months due to restrictive measures put in place during the pandemic.

Bhagat, who suffers from polio in his left leg, revealed he used the break to work on his fitness and subsequently felt more prepared for next year's Paralympic Games in Tokyo.

"I have made the most of this lockdown time to work on my fitness and strengthen my weaknesses," he said.

"During our usual training time, we distribute our time on our skills, technique, tactics and fitness.

"Now that our training has been halted, I had ample of time to focus on my fitness and mental well-being.

"And I am more than satisfied with the outcome of these four months of work out at home - I have never felt so good about my body, am fitter than ever before and have gained strength in my left leg and strengthened my core.

"I am able to move the leg more comfortably, which is a great satisfaction.

"Mentally I feel very confident about my movements now."

The Paralympic Games were postponed due to the global health crisis, with competition now due to take place next year from August 24 to September 5.

Badminton is set to make its Paralympic debut at Tokyo 2020, with Bhagat discussing his emotions following the year delay..

"Initially I was a bit depressed with the way things were turning out," he said.

"I have waited and trained all these years to play at the Paralympic Games.

"First, we had hopes at Rio 2016 and then now when Para Badminton was making its debut in Tokyo, it was postponed.

"But then, training and staying positive was the minimum I could do to keep myself going.

"Also, I kept saying myself that I have to stay fit be ready for the Games, even though I have to wait another five years.

"The postponement of the Games has definitely taken our mind and body back to relaxed mode."

The 32-year-old Bhagat is one of India's main medal hopes for the Paralympic Games.

Along with his world titles, he has also triumphed at the 2019 World Games in the United Arab Emirates and the 2018 Asian Para Games in Jakarta.