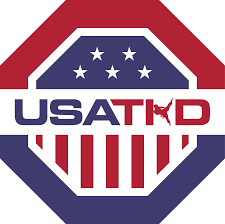 USA Taekwondo has reportedly been accused of taking no action against a coach who allegedly raped and sexually assaulted a teenage girl, a lawsuit has claimed.

According to Colorado Spring’s newspaper The Gazette, a lawsuit has been filed against USA Taekwondo, coach Jin Suh and former USA Taekwondo chief executive David Askinas in New York City.

The lawsuit reportedly alleges Suh raped a girl he coached in 2006, with USA Taekwondo claimed to have told the athlete they could not help her because the rapes took place overseas during tournaments.

Suh has denied the allegations and has not been charged with any offence.

The Gazette reported that Suh continues to work in three USA Taekwondo-sanctioned gyms.

Askinas, who left USA Taekwondo in 2011, has reportedly declined to comment.

"This is a case about a young, elite martial artist who was molested and raped on multiple occasions by her coach and about the leadership of a National Governing Body that allowed it to happen," the lawsuit states, according to The Gazette.

"It is about holding accountable the corporations and executives that make millions of dollars off the sweat, blood and tears of the young people in their charge."

The lawsuit claims USA Taekwondo had written documents confirming the alleged rapes were reported to the organisation and Askinas.

It is the second lawsuit faced by USA Taekwondo.

The governing body, taekwondo coach Jean Lopez and his brother Steven Lopez are currently defendants in another pending lawsuit which was filed back in 2018.

Jean Lopez has been accused of assaulting Meloon and Gilbert.

Both Jean and Steven Lopez deny any wrongdoing.

The lawsuit accused USA Taekwondo of "sex trafficking and negligence", after the athletes alleged the governing body sent them to competitions with "known predators".