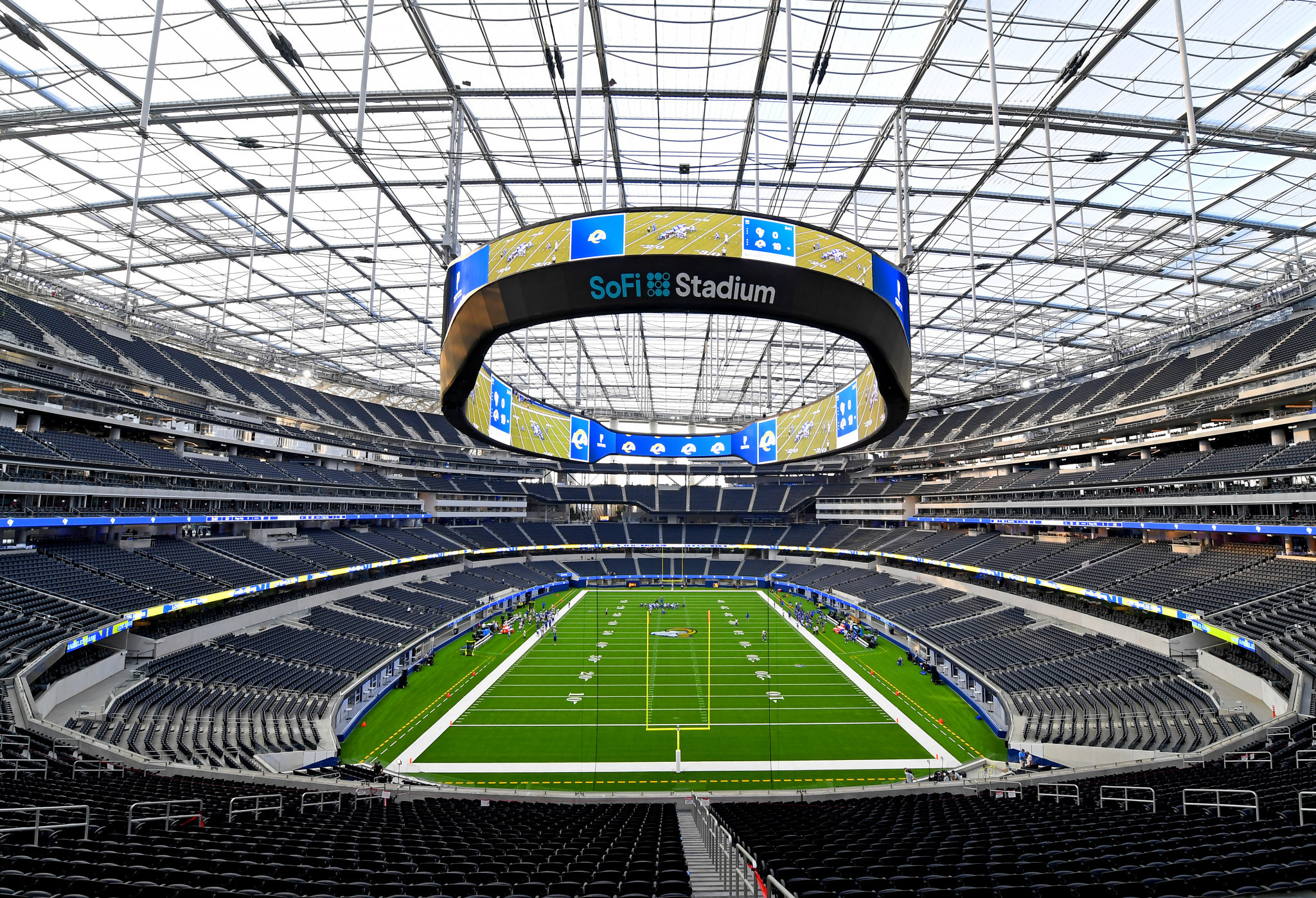 Sofi Stadium, which is scheduled to host part of the Opening and Closing Ceremonies of the 2028 Olympic Games, has seen its first action with the Los Angeles Rams’ holding a scrimmage session there.

Among things the National Football League (NFL) side were left most impressed by at the $3 billion (£2.3 billion/€2.5 billion) arena was the massive Oculus overhead scoreboard, the 70,000 square foot double-sided 4K LED video board, hanging in the centre of the new Stadium.

"I thought it was really special just watching the players’ reactions to how magnificent this is when they got here.

"They can envision themselves playing here on Sundays."

The Stadium, the most expensive ever built and developed by billionaire Rams owner Stan Kroenke, is due to be officially opened on September 13 when the Rams play the Dallas Cowboys in their opening NFL match of the season.

The match is expected to take close behind closed doors of the coronavirus crisis which has seen more than 177,000 die in the United States.

“It's one of the crown jewels in sports right now.”

Located several miles south of downtown Los Angeles in Inglewood, next-door to the Fabulous Forum made famous by the Lakers, SoFi Stadium is the centrepiece of a massive development that it is hoped will be completed by 2024.

As well as the Ceremonies, which it is expected to share with the Los Angeles Coliseum, Sofi Stadium could host football matches during Los Angeles 2028, while a lake situated within the complex is being lined up as the archery venue.

The Stadium is also expected host other major sporting events such as the 2022 Super Bowl, college football’s 2023 national championship game and possibly the 2026 FIFA World Cup,

Other events are expected to include at some point the Taylor Swift concert that was originally scheduled to open the venue on July 24 but was scrapped due to the COVID-19 pandemic.

Turner Construction and AECOM Hunt, who have been involved in projects for the postponed Tokyo 2020 Olympic and Paralympic Games. have overseen construction of the Stadium designed by architects HKS, Inc

“The opening of the Stadium is a significant milestone in Stan Kroenke’s delivery of his commitment to create a world-class sports and entertainment event venue in the heart of Los Angeles,” Jason Gannon, managing director for SoFi Stadium, told the Los Angeles Business Journal.