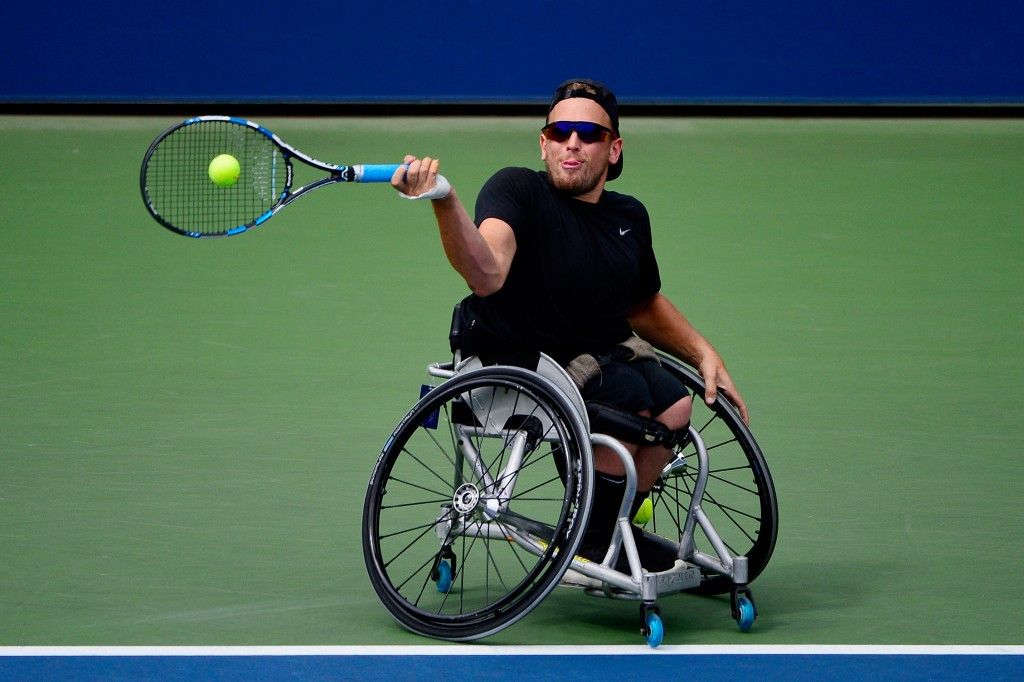 The world's best players are set to contest the US Open wheelchair tennis competitions, which get underway at Flushing Meadows tomorrow.

In June, it looked unlikely that the event would take place, as US Open organisers announced that no wheelchair tennis was scheduled during the Grand Slam tournament in New York.

After a furious reaction from wheelchair tennis players, led by two-time Paralympic champion Dylan Alcott, who accused organisers of "discrimination", the tournament made a U-turn and added wheelchair tennis competition to the event's programme.

Japan's Shingo Kunieda, Diede de Groot of the Netherlands and Australia's Dylan Alcott - the world number one in the men's, women's and quad singles, respectively - are among a high-quality field assembled for the competition, due to conclude at the Billie Jean King National Tennis Center on Sunday September 13, the same date as the men's singles final.

Kunieda begins his campaign for a sixth US Open title against France's Nicolas Peifer, a career Grand Slam winner in wheelchair doubles.

The second seed in the men's wheelchair singles draw is Gustavo Fernandez of Argentina, bidding for his first title.

The other two matches in the first round of the men's singles are an all-British affair between Alfie Hewett and Gordon Reid and American Casey Ratzlaff against Belgium's Joachim Gerard.

In the women's wheelchair singles, top seed de Groot faces Britain's Jordanne Whiley, the 2015 champion, in the first round.

The other two matches at the first round stage see Marjolen Buis of the Netherlands against American Dana Mathewson and Lucy Shuker of Britain against Angelica Bernal of Colombia.

In the quad singles there are four players in the field with Alcott competing in a round-robin format alongside American David Wagner, Sam Schroder of the Netherlands and Andy Lapthorne of Britain.

Doubles events are being contested across all three disciplines featuring the same players that comprise the singles fields.

In the men's event top seeds Hewett and Reid face Fernandez and Kunieda while second seeds Houdet and Peifer go up against Gerard and Ratzlaff.

The quad doubles is played as a straight final with Alcott and Lapthorne taking on Schroder and Wagner.