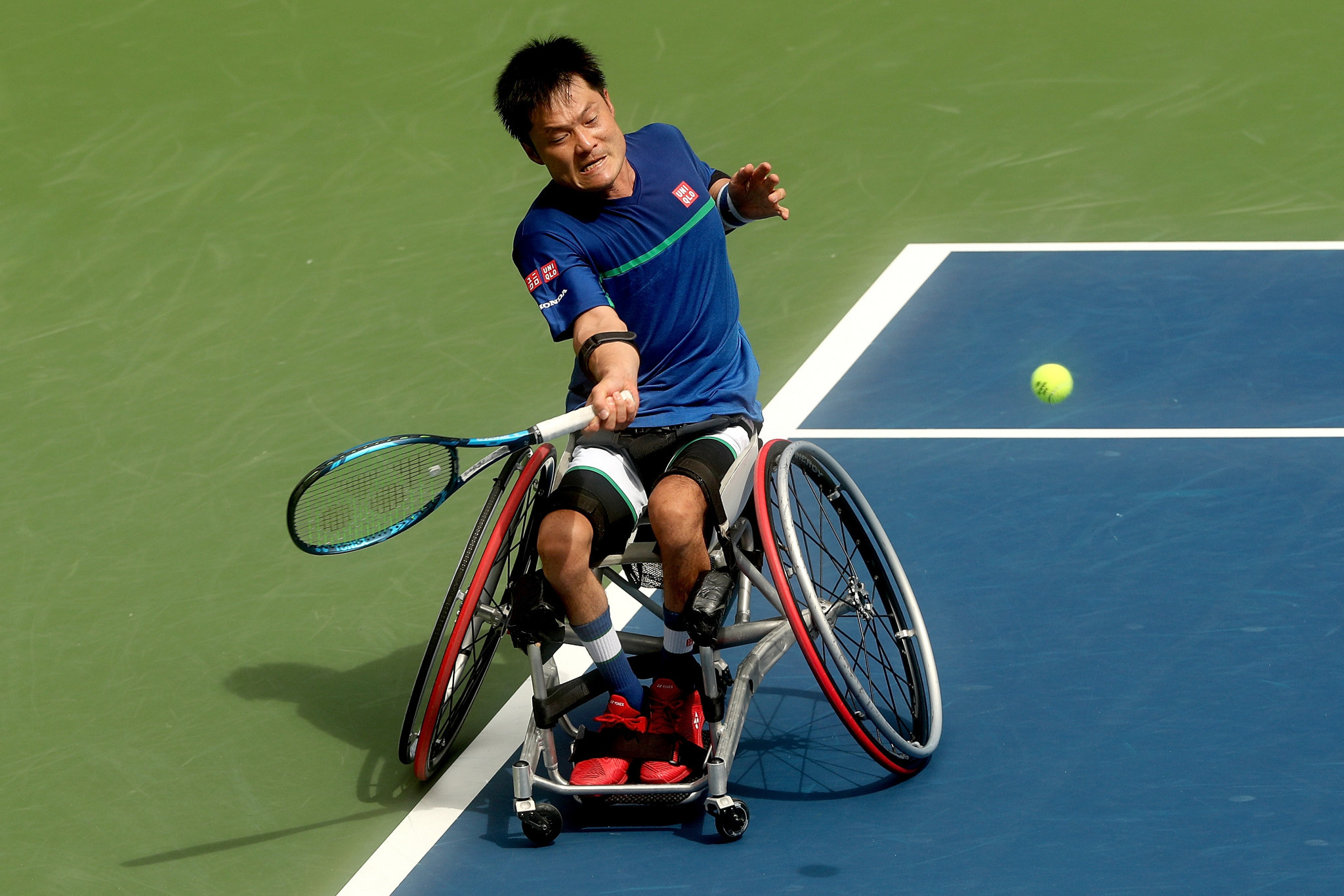 In the men's singles event, Japan's Kunieda got his bid for a sixth US Open crown off to a winning start as he comfortably defeated France's Nicolas Peifer 6-3 6-2.

The all-British contest between Alfie Hewett and Gordon Reid was a surprisingly one-sided affair, with Hewett dropping just two games as he triumphed 6-0 6-2 against his compatriot.

The remaining men's singles quarter-finals went to three sets, with Belgium's Joachim Gerard dropping the first set to America's Casey Ratzlaff 6-4, before Gerard bounced back to take the next two sets 6-3 6-0.

In the other quarter-final, Colombia's Angelica Bernal came from a set down to beat Britain's Lucy Shuker 4-6 6-3 6-3, in a match that started outside but was moved indoors due to rain.

In the quad singles top seed Dylan Alcott of Australia beat Sam Schroder of the Netherlands in straight sets, winning 6-2 6-4.

Alcott led calls for wheelchair competitions to be featured at the Grand Slam, after organisers initially announced it would not go ahead, before making a U-turn after pressure from players, who accused them of discrimination.

Second seed Andy Lapthorne of Britain beat American David Wagner 6-2 2-6 6-4, in the other match that was moved indoors due to the weather.

The quad singles is being played over the next four days in a round-robin format.

The semi-finals of both the wheelchair singles and doubles competitions are due to take place tomorrow, while the round-robin stage of the quad singles competition is due to continue.