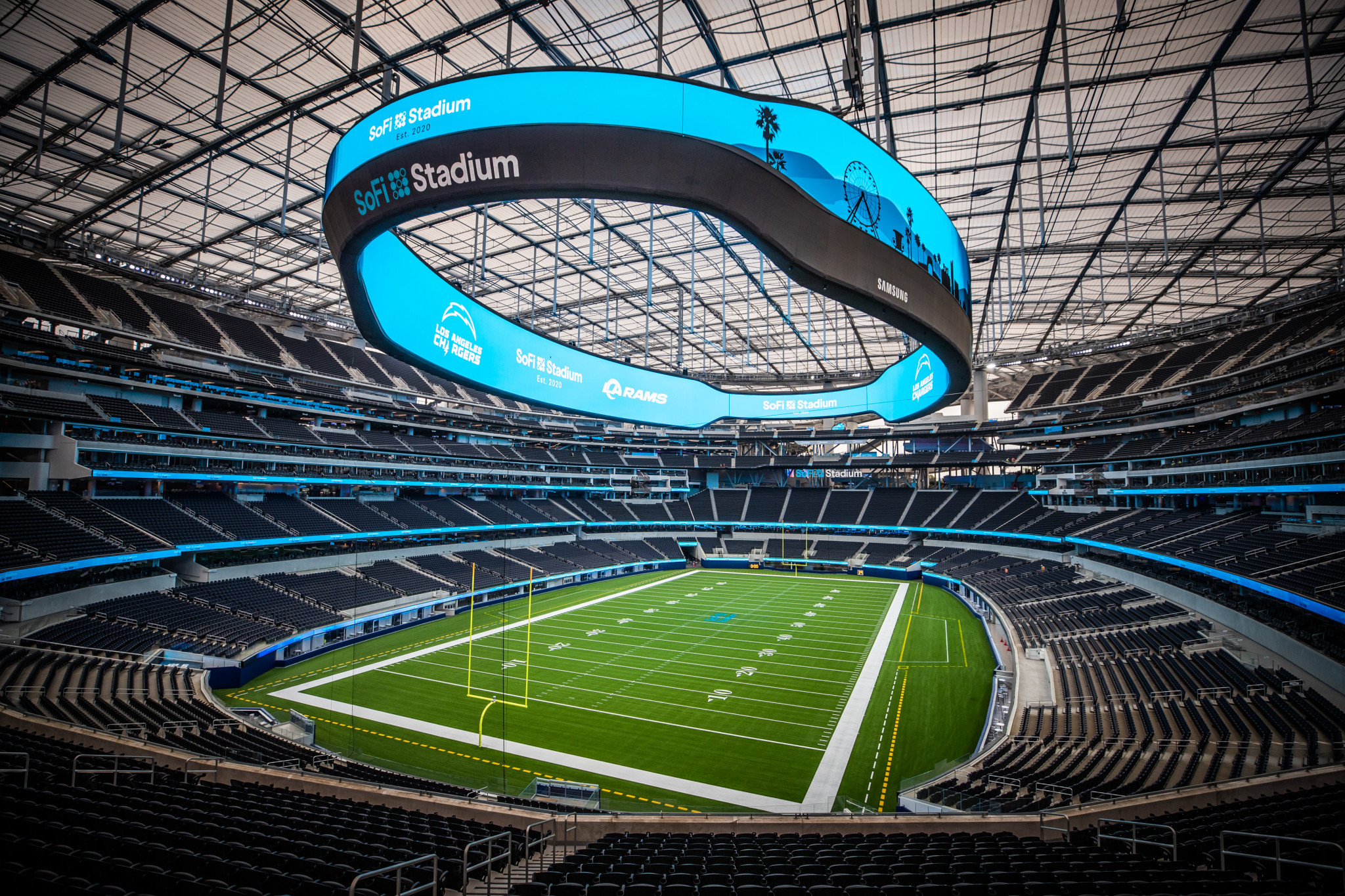 SoFi Stadium - a key Los Angeles 2028 venue set to feature in both the Opening and Closing Ceremonies - will host its inaugural event tomorrow when the Los Angeles Rams play their first game of the National Football League (NFL) season.

Singer Taylor Swift was due to perform a curtain-raising concert at SoFi Stadium earlier in the year, but her entire tour was cancelled due to the pandemic and all other summer concerts at the arena were also called off, leaving the Rams game as the venue's first official event.

The NFL's pre-season was also axed.

The Rams are playing the Dallas Cowboys - popularly known as "America's Team" - on Sunday Night Football.

Owing to the coronavirus pandemic, no spectators will be present.

A ribbon-cutting ceremony was held earlier in the week and attended in-person by Rams owner Stan Kroenke, Dean Spanos - owner of the Los Angeles Chargers, a second NFL team who will use the stadium - and City of Inglewood Mayor James Butts.

Costing an estimated $5 billion (£4.1 billion/€4.6 billion), SoFi Stadium is the most expensive stadium ever built.

One of its features is an Oculus overhead scoreboard measuring more than 70,000 square feet in size, making it the largest at any sports facility.

Come 2028, SoFi Stadium is expected to host elements of the Opening and Closing Ceremonies of the Olympic Games, as well as football and archery events.

Before that, it is set to stage Super Bowl LVI in February 2022 and the College Football Playoff National Championship Game in January 2023.

It could also be used during the 2026 FIFA World Cup, which the United States is co-hosting with Canada and Mexico.

The Chargers' first game at their new stadium is scheduled for September 20, with the Kansas City Chiefs - reigning Super Bowl champions - their visitors.

The Rams have held a scrimmage at SoFi Stadium to grow accustomed to the surroundings, but the Chargers' scrimmage did not go ahead as coach Anthony Lynn cancelled it in the wake of the police shooting of Jacob Floyd and widespread athlete-led boycotts in American sport.

Stadium construction continued through the health crisis to have SoFi Stadium ready for tomorrow, despite more than 50 workers at the site testing positive for COVID-19.