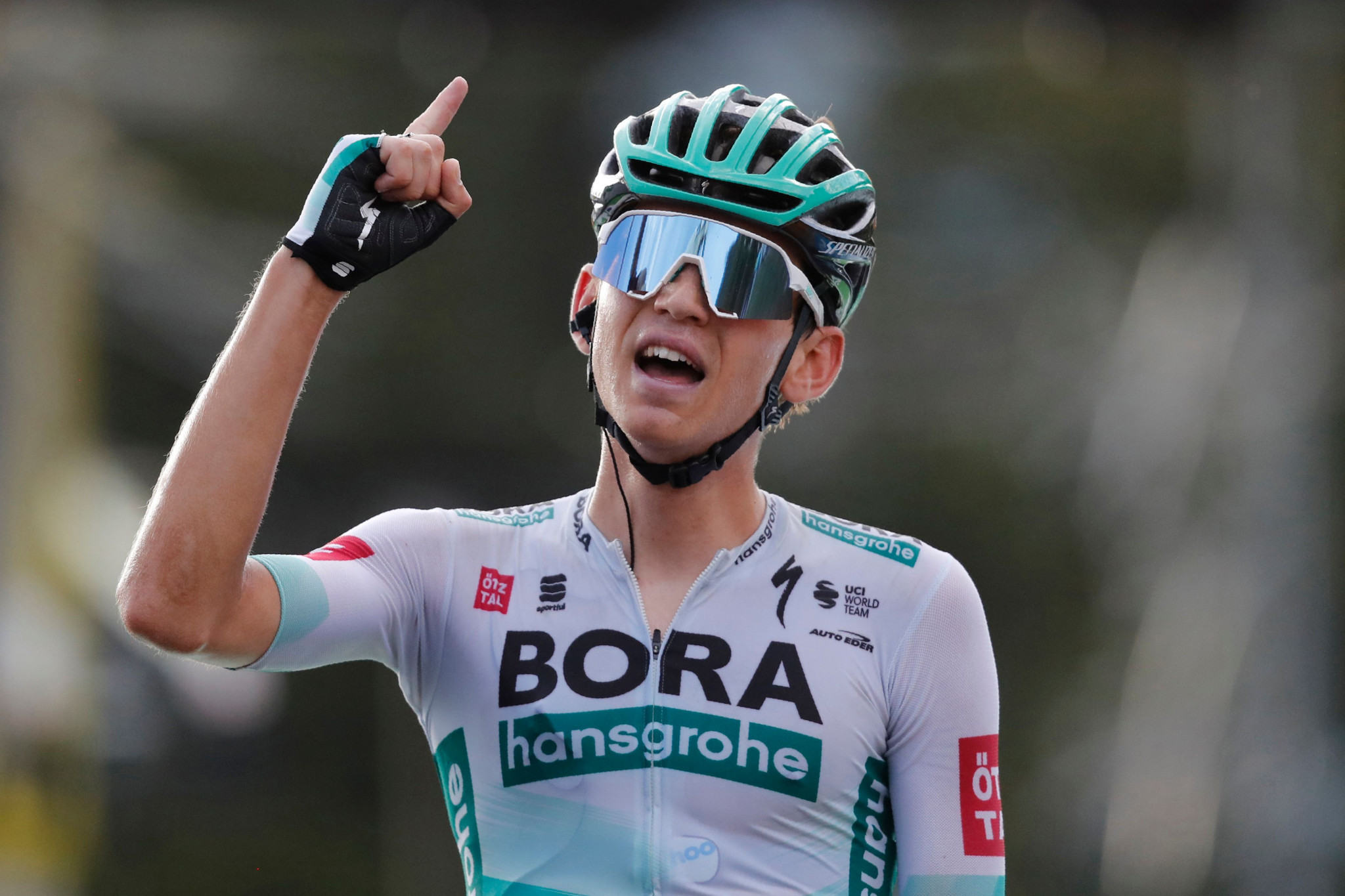 Kämna was over a minute ahead of second place Ineos Grenadiers rider Richard Carapaz of Ecuador and Groupama-FDJ rider Sébastien Reichenbach of Switzerland who were all involved in a late charge up the final climb.

It all started with an initial getaway featuring a group of around 35 pushing on in the first climb very early in the stage to get away from the peloton.

This would further whittle down to a group of 23 riders pushed on the first long climb of the mountain stage.

The route spanned from La Tour-du-Pin to Villard-de-Lans over 164km in the southeast of France.

That group were cosy for over 50 kilometres, before France's Quentin Pacher made a bold attempt 34km from home to break the pack up.

By this point in the race, the peloton were more than 13 minutes behind the lead and would eventually finish more than 16:30 off the pace of Kämna.

A group would catch Pacher around 10km later, with a smaller group of 10 now left in the lead.

Carapaz initially made the big move, catching out a few riders, but not France's Deceuninck–Quick-Step rider Julian Alaphilippe who was looking to bounce back from a disappointing Tour so far, but only moments after going with the pace of the Ecuadorian, he was dropped from what was a group of four.

💪 The #TDF2020's biggest breakaway so far battled for the win in Villard-de-Lans.

🇩🇪 @lennardkaemna finally claimed the win, the first for @BORAhansgrohe on the #TDF2020!

Left at the front and now a minute ahead of the rest of the chasers were Carapaz, followed by Kämna and Reichenbach.

Although the Swiss cyclist always looked to be the one to be dropped first from the trio, it was instead Kämna who dropped the pair together.

At 20km to go, the German looked to have duped Carapaz, feigning exertion when his opponent took a look behind to check on his rival.

Television cameras caught Kämna gritting his teeth when in the sight of the Ineos rider, before showing a more relaxed demeanour when he turned back around.

Moments later he pushed on, building what would turn out to be an unattainable gap on the climb, coming into the finish in a time of 4 hours 12min 52sec.

Carapaz struggled in the final stages, but not enough to lose second, 1:27 behind the German, while Reichenbach was 1:56 behind.

Russia's Ineos rider Pavel Sivakov initiated one of the first breaks and was rewarded with fourth place finishing ahead of a small group of Germany's Simon Geschke, France's Warren Barguil and Belgium's Tiesj Benoot.

Benoot's Team Sunweb teammate Ireland's Nicolas Roche was eighth, ahead of Pacher and the ailing Alaphilippe, who rounded off the top 10.

Primoz Roglic: "I hope to have good legs again for the queen stage tomorrow" https://t.co/lle86tT3kR #TDF2020

Although the likes of Carapaz and Barguil made moves to close in on the general classification top 10, the main contenders were all in the distant peloton together, featuring the overall leader Roglič, who diced with compatriot and UAE Team Emirates rider Tadej Pogačar in the final couple of turns.

The two are split by just 40 seconds in the general classification ahead of Colombia's Rigoberto Uran in third, 1:34 down.

Uran's fellow Colombian and reigning champion Egan Bernal looked to concede the defence of his title, sitting in the pack minutes down from the peloton and barely making it inside the required time, reportedly suffering from a back injury.

Although the general classification riders had no surprises on this stage, another mountain route from Grenoble to Méribel comes tomorrow on stage 17 - three days before the anticipated mountain time trial stage, the penultimate of the 2020 Tour.