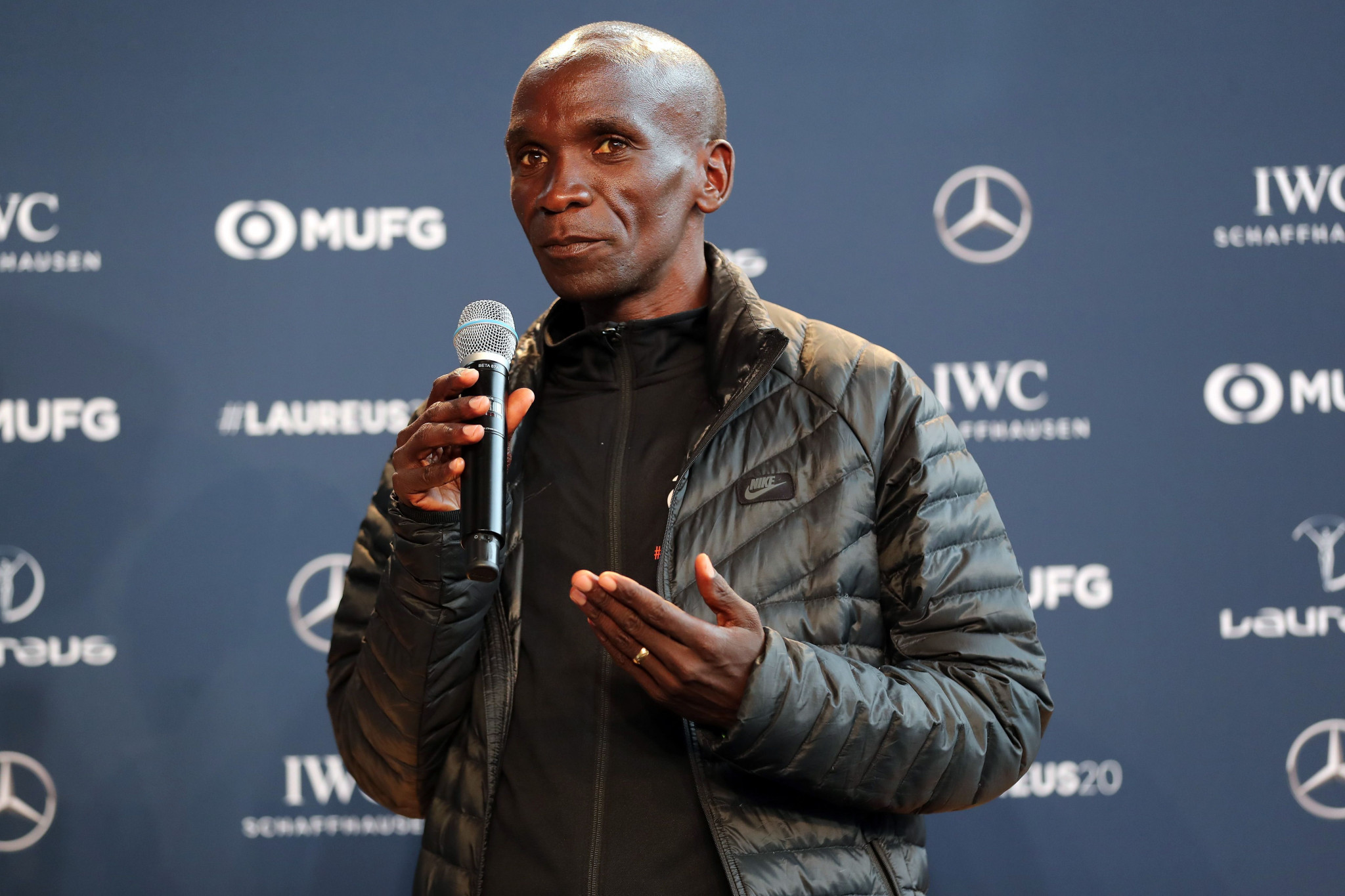 The Kenyan, who became the first man to run a marathon in under two hours in Vienna last year, says he hopes to be selected for the country's athletics team for the rearranged Tokyo 2020 Olympics, now scheduled to take place in 2021.

"I was really looking forward to running in Tokyo at the Olympics," said Kipchoge, in an interview with Michael Johnson, the men's world record holder for the 200 metres and 400m.

"Unfortunately, COVID-19 changed the world and health and safety is the first priority.

"I am really looking forward to running next year.

"It will be an honour to be there next year, I am fit and will do everything I can to make the Kenyan team and represent my country."

Kipchoge, 35, won gold in the men's marathon at Rio 2016 and is the defending London Marathon champion.

Kipchoge's effort in Austria did not count as an official world record because there were no other racers, he was regularly handed drinks, and he was surrounded at all times by pacers, interchanging every three kilometres, in a formation best calculated to shield him from any wind.

He was named in the Kenyan marathon squad, announced in February, before the postponement of the Tokyo 2020 Olympics by 12 months.