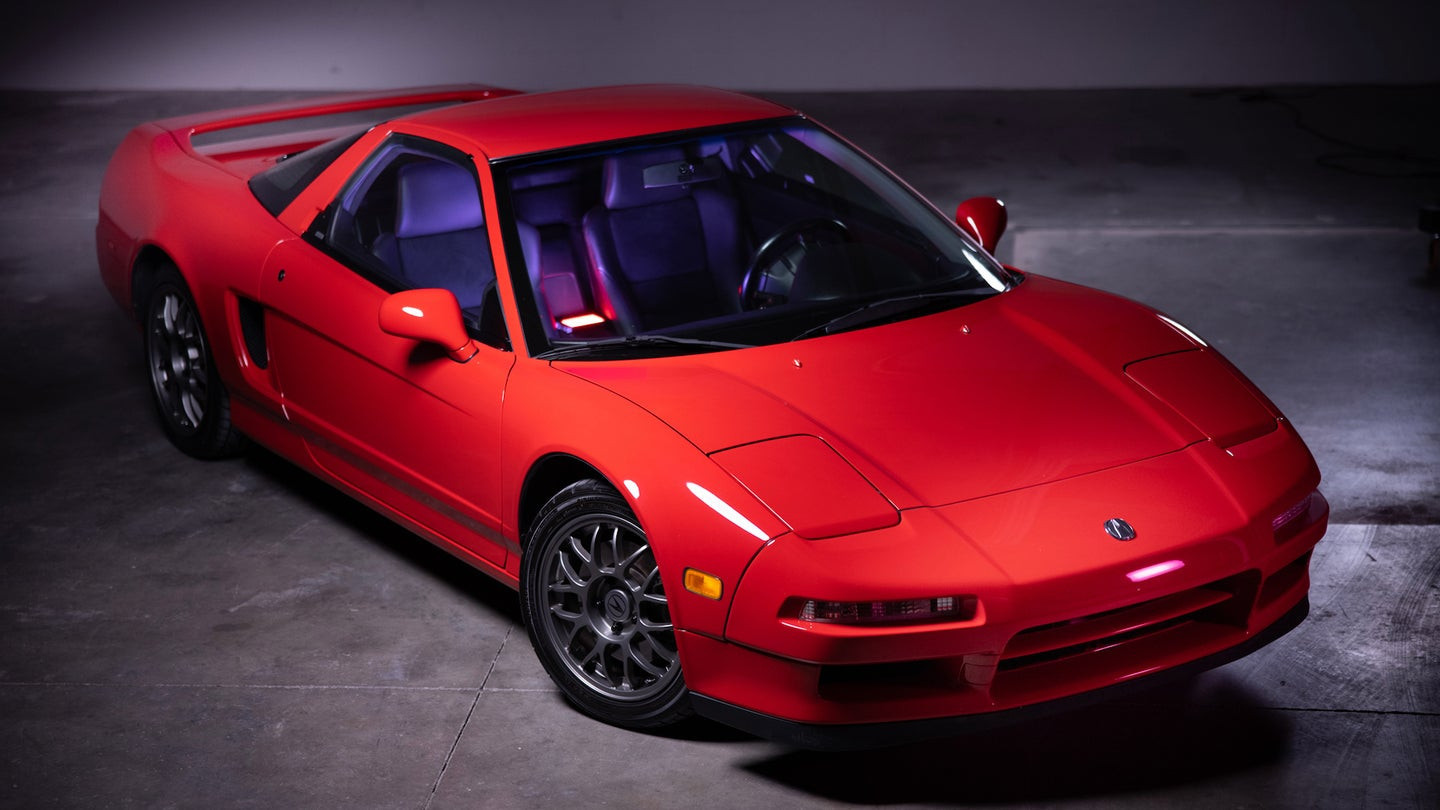 To mark those victories, Honda released a special version of the Acura NSX in the United States called the Zanardi Edition.

The car is especially desirable for its slick-top roof, as opposed to the removable Targa top that nearly every other NSX came with after 1994.

Having a fixed roof contributed to the Zanardi Edition's reduced weight, which was down 149 pounds from an NSX-T thanks also to unassisted rack-and-pinion steering, a single-pane rear window, lightweight rear spoiler, lighter battery, and a set of lightweight BBS wheels.

Those wheels, measuring 16 inches in diameter up front and 17 inches in the back, help the Zanardi Edition stand out with their multi-spoke design and dark grey finish.

Another thing that sets the special NSX apart is its exclusive new formula red exterior paint, which all Zanardi Editions wore to match the Championship-winning racecar's colour.

Inside, the Zanardi Edition received black micro suede and leather seats with red contrast stitching, along with a red-stitched steering wheel and door panels.

A brushed aluminium ID plaque was placed between the seats on the rear firewall, displaying Alex Zanardi's signature and the vehicle’s sequence number.

The model in question auctioned on Bring A Trailer had only one previous owner, with 12,000 miles on the clock, and came with owner's manual, full service history and a set of racing leathers.

Zanardi switched to CART racing in 1995 following three years in Formula One with Lotus.

In the 1997 season, representing Ganassi Reynard-Honda, he won five of 17 races, including three in a row and four of the five rounds held in the mid to late portion of the season.

In 1998 Zanardi was even more dominant, winning seven of 19 races with 15 podiums.

He was involved in a 200-miles-per-hour crash crash in the American Memorial 500 CART race in Germanyin 2001, an accident that destroyed his vehicle and saw him lose both his legs, as well as nearly taking his life.

Zanardi returned to car racing less than two years after the accident, competing for BMW Team Italy-Spain in the International Automobile Federation World Touring Car Championship from 2003 until 2009.

His vehicle possessed a custom brake pedal that worked in concert with Zanardi’s prosthetic leg.

He earned four wins during his time on the tour.

Following his retirement from motor racing, Zanardi took up handcycling and qualified for the 2012 Paralympic Games in London.

There, he won two gold medals and a silver.

The 53-year-old had hoped to compete again at Tokyo 2020 but in June, following the Paralympic Games being postponed until next year because of the coronavirus, suffered severe head injuries after colliding with a road vehicle during a hand bike race near Siena.

There were initial fears for his life but last month doctors at Milan’s San Raffaele Hospital announced he had improved and had been moved to been moved to semi-intensive care.