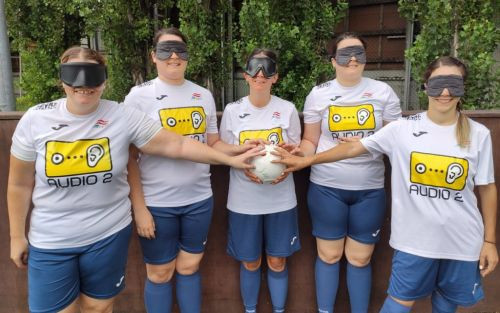 Austria has become the first European country to officially launch a women's blind football team as the nation aims to make the step up to international level.

Coached by Joe Steinlechner, the squad is hoping to participate at the 2021 International Blind Sports Federation's (IBSA) Blind Football Women's Camp and Games in Hereford in England.

Austria joins Japan and Argentina on the international women's blind football stage, with other teams set to be formed prior to next year's World Championships in Nigeria.

Introductory workshops and training sessions held in Austria in 2016 as part of a blind football project from European governing body UEFA are thought to have been the catalyst for the creation of the team.

"I am incredibly proud of the development of blind football in Austria," said Steinlechner.

"I would never have dreamed that we would serve as a role model for European football nations.

"It's wonderful that your hard work is rewarded.

"We are all incredibly proud of this great achievement, which is the culmination of years of hard work and wouldn't have been possible without this great support we received nationally, but also internationally through the blind football development programme at IBSA."

"It's just unbelievable how our team has developed over the last year," she said.

"Each individual is very important to our team - each with their particular strengths that they can bring."