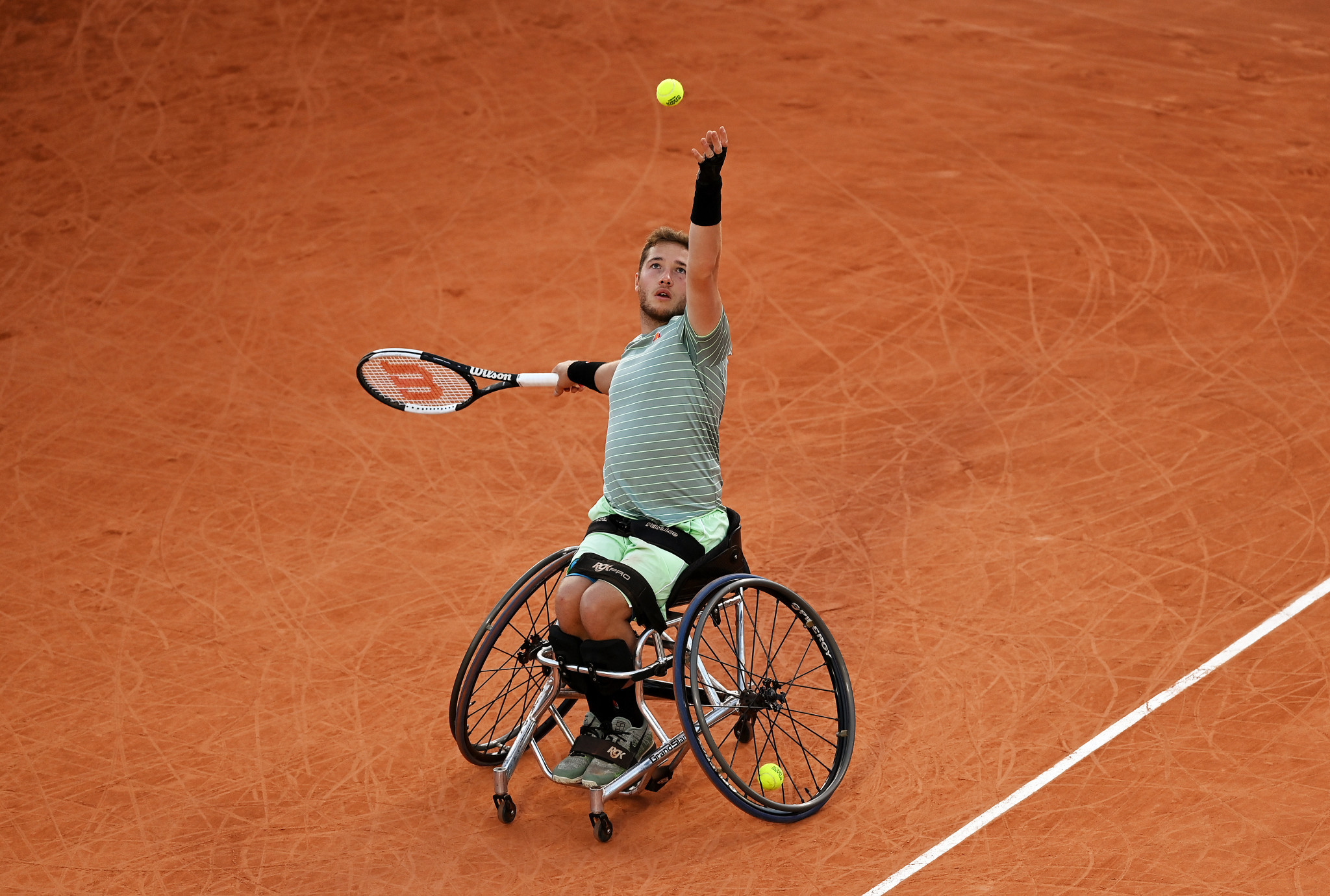 Defending champions Gustavo Fernández and Diede de Groot advanced from the quarter-finals as the men's and women's wheelchair singles competitions got underway at the French Open in Paris.

Argentina's Fernández was up against Gordon Reid of Britain, the player he defeated in last year's final.

It was a disappointing day for the host nation as two-time champion Stéphane Houdet lost to Britain's Alfie Hewett - the French Open winner in 2017 - and the third French player in the draw, Nicolas Peifer, fell to Belgium's Joachim Gérard.

In contrast, three of the four women's quarter-finals went to three sets.

De Groot is chasing a ninth singles Grand Slam title, and her second at the French Open.

Second seed Yui Kamiji of Japan came from a set down to beat The Netherlands' Marjolein Buis.

Japan's Momoko Ohtani is the last semi-finalist, ensuring they will both be Dutch-Japanese clashes.