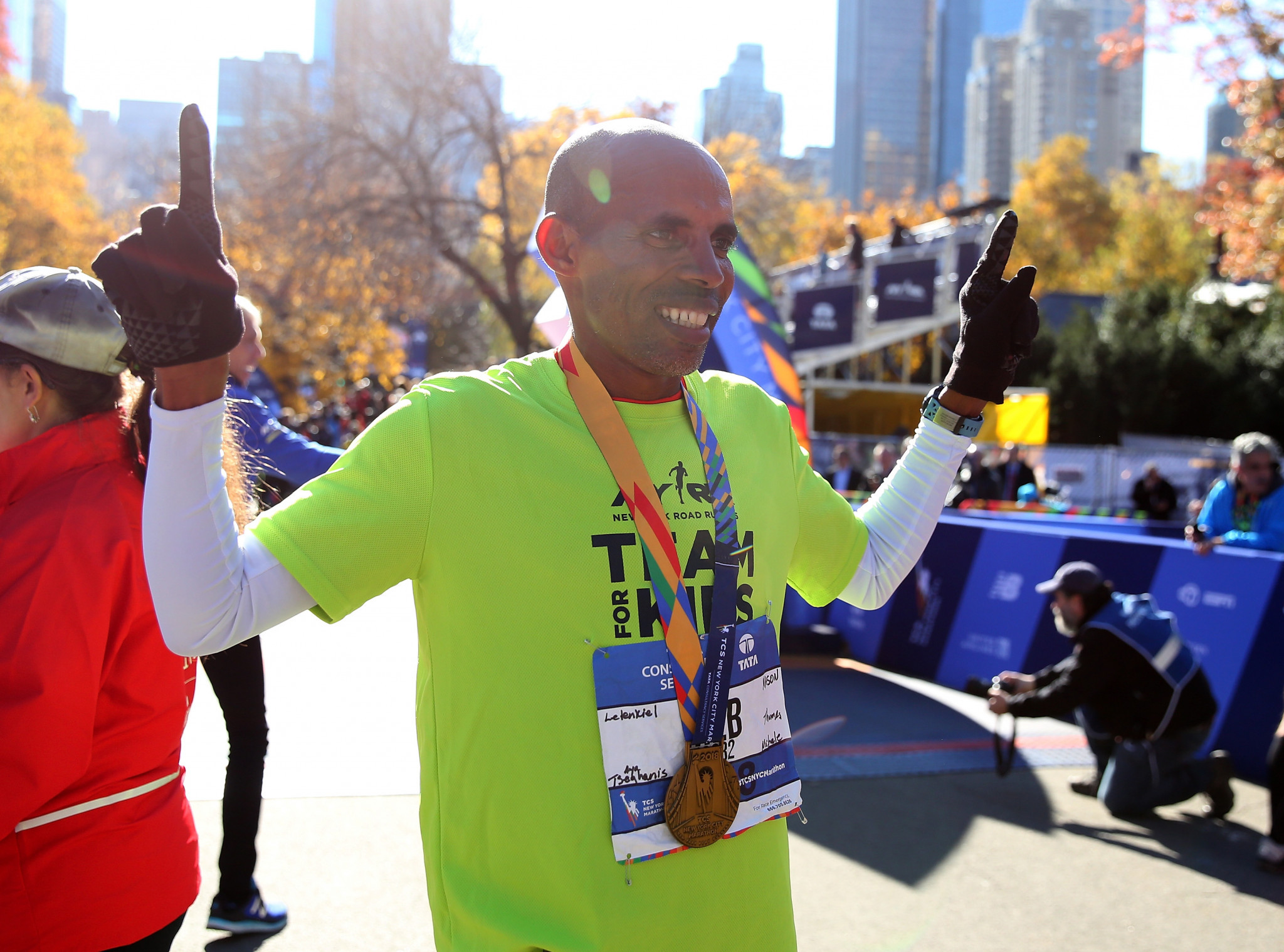 With the coronavirus pandemic forcing this year’s New York City Marathon to be cancelled, all eyes will be on the virtual version of the event.

Returning for a third successive year, Virtual TCS New York City Marathon will begin tomorrow and run until November 1 – the day when the in-person race was scheduled to be held.

Organisers New York Road Runners (NYRR) said runners from anywhere in the world would be allowed to run a race "at their convenience and location of their choice" during "a specified period of time" thanks to fitness app Strava.

Up to 25,000 people are expected to take part including a host of top professional athletes and celebrities.

Among those include Olympic medallist and former New York City Marathon champion Meb Keflezighi who will team up with retired tennis player James Blake.

The pair will share the distance, each running a half marathon to support and raise funds for their respective charitable causes.

Keflezighi will run for NYRR Team for Kids and Blake on behalf of the James Blake Foundation.

🚨 NEW 🏅 ALERT. We got a little help from from 3x Olympian and American marathon record holder @DeenaKastor to unveil this year’s virtual #TCSNYCMarathon medal. “…Your medal tells the story of your dedication." Write a new chapter in your running story: https://t.co/XvsoKCicTB pic.twitter.com/GgkY7228Pi

The mass runner field, representing nearly 125 different countries and 50 states, includes runners who have served on the frontlines of the COVID-19 pandemic, overcame coronavirus or running for a charity or cause close to their heart.

A group of 100 runners with a disability and their guides from the Achilles Mongolia chapter are running together, recreating a mini-NYC Marathon in Mongolia with a race director, volunteers and a live stream broadcast. Additionally, competitors from Peru, Brazil, Ecuador, Norway, Russia and Canada will be participating.

The Virtual TCS New York City Marathon has existed since 2018 with more than 160,000 finishers from 100 countries completing it since its inception over 30 virtual races.

Most major marathons this year have been cancelled in their regular form, with London cutting its mass participation event to focus on a loop race for elite athletes which was won by Ethiopian Shura Kitata and Kenyan Brigid Kosgei.