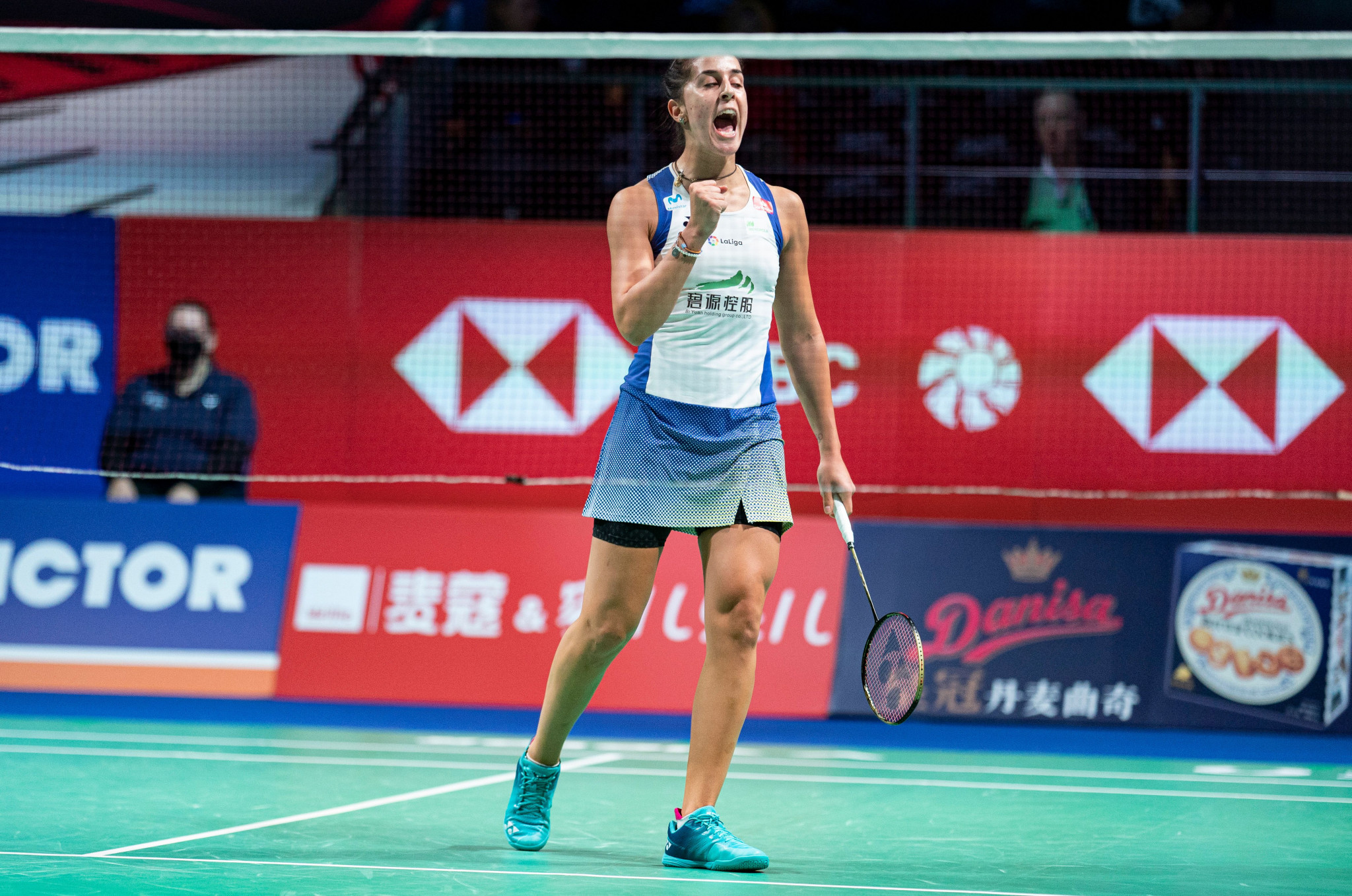 Spain’s Carolina Marin came from a game down to beat Zhang Beiwen in the women’s singles quarter-finals of the Badminton World Federation (BWF) Denmark Open.

Marin lost the opening game 21-17 to her American opponent at the Odense Sports Park.

The third seed responded impressively to win the second game 21-17, before winning the decider 21-14.

Marin, the reigning Olympic champion, will play Germany's Yvonne Li in the last four after she came from a game down to defeat Belgium’s Lianne Tan 15-21, 21-12, 21-17.

The second seed will play Denmark's Anders Antonsen, the third seed, after he beat compatriot Jan O Jorgensen, the seventh seed, 21-12, 21-10 in the semi-finals.

Gemke will face Japan’s Kenta Nishimoto in the semi-finals after he beat Denmark’s Hans-Kristian Solberg Vittinghus 21-12, 21-12.

The competition is the first event staged on the BWF World Tour since the coronavirus pandemic ground sport across the world to a halt.

Competition in the Danish city will precede three back-to-back World Tour events in Bangkok, including the season-ending finals, as part of the BWF's plans to restart its international competitions following the lengthy coronavirus-enforced stoppage.