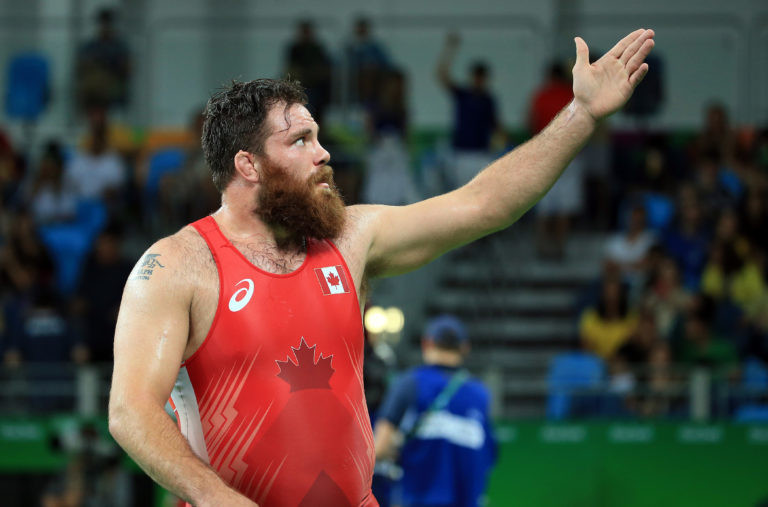 Canadian Commonwealth Games wrestling champion Korey Jarvis has announced his retirement from the sport at the age of 34.

As reported by The Canadian Press, the Glasgow 2014 gold medallist called time on his career having finished the past three Commonwealth Games with a medal.

He defeated India's Rajeev Tomar in the men's 125 kilograms freestyle final in 2014 for the only major gold in his career.

Jarvis was one of seven Canadian wrestlers to win a medal in Glasgow as the country topped the medal table in the sport.

At Delhi 2010 and Gold Coast 2018, Jarvis won silver in his other two appearances at the Games.

At the 2015 Pan American Games in Toronto he also won silver which he followed up with a bronze at the 2019 edition in Lima in Peru.

He also competed for Canada at the Rio 2016 Olympics, finishing eighth in the 125kg category.

"I'm grateful for the opportunity I've had to represent Canada over the years," said Jarvis.

"I hope my career has taught my daughter and maybe other wrestlers to work hard to achieve their goals.

"The biggest thing I've learned is that you have to work hard to achieve what you want to achieve.

"Success doesn't come easily to most, and you really have to put in the time and effort to get where you want to be.

"Wrestling is responsible for making me who I am today.

"It's been a huge part of my life and the relationships I've built over the years have meant so much to me."

Jarvis made national history when he became the first athlete to win the Canadian Championships in three consecutive years, in both the freestyle and Greco-Roman disciplines.