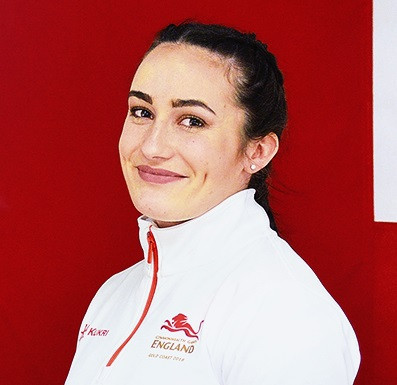 Today Birmingham 2022 is confirming that it will be the first major multi-sport event to award more medals to women than men for the first time in history.

This is a huge landmark for women's sport, and I am delighted and proud to be part of the Athletes' Advisory Committee for a Games that clearly values women's sport so highly.

We've been waiting in the wings for a long time. The Gold Coast edition of the Games two years ago saw a big step forward, with an equal number of medals awarded to men and women but in two years' time women will finally be taking centre stage.

We've had high hopes that this moment would come but today, with the full unveiling of the medal event programme for the Games, we've now had confirmation that it's our time to shine.

To celebrate this historic milestone Birmingham 2022 has gathered together some legends, current competitors and rising stars of women's sport, to take part in a series of live discussions throughout the day and I'm honoured to have been invited to be part of it all.

We'll be looking back at the history of the Commonwealth Games movement and discussing some of the key moments that have led us to this point, with Commonwealth Games Federation President, Dame Louise Martin, Olympic and Commonwealth pentathlon champion, Lady Mary Peters, the first ever women's Commonwealth triple jump champion, Ashia Hansen, and Australian cycling legend, Anna Meares.

I'll be part of a panel with one of my Team England team mates from the Gold Coast Games, gold medal winning netballer Eboni Usoro-Brown, and we'll be joined by three outstanding Para-athletes who'll be hoping to take part in the Games for the first time in Birmingham; swimmer Maisie Summers-Newton, wheelchair basketballer Siobhan Fitzpatrick and five-time Paralympic champion and 12-time world champion, Hannah Cockroft.

Because not only is Birmingham 2022 going to be a wonderful celebration of women's sport, but it will also be an important showcase for Para-sport, as this edition of the Games will have the biggest ever Para-sport offering, with eight sports fully integrated into the programme.

The third and final panel will look ahead to the future of women's sport because although we've made great progress, our work is not yet done, as we need to work together to ensure that more women are appointed into senior management positions in sport and that more women have a seat at the boardroom table too.

I've been enjoying my role as chair of the International Weightlifting Federation Athletes' Commission and it would be good to see more women given opportunities like this.

As well as the 136 medal events for women and 134 for men, Birmingham 2022 will have 13 mixed events for athletes to take part in, more than we've ever had before at a Commonwealth Games.

This will include mixed synchronising three metre springboard diving and synchronised 10m platform diving, as well as swimming relays and mixed Para-athletics relays – another first for the Games.

Right now, it is such an exciting time to be involved in Birmingham 2022. Just a few days ago the daily schedule for the Games was also unveiled, so we now know exactly which sports will take place on every single one of the 11 days of competition.

The Games will start with a bang as the first day is packed with action and will feature 14 different sports. This includes basketball 3x3 at the recently announced venue at Smithfield in the centre of Birmingham, artistic gymnastics at Arena Birmingham, and hockey and squash at the University of Birmingham, unveiled last month as a major partner for the Games.

Women's cricket T20, added to the programme in August last year, will be also begin at Edgbaston Stadium on Friday July 29 and the aquatics programme will start on the same day with the swimmers getting the action underway at the brand new Sandwell Aquatics Centre, which is currently under construction in Smethwick.

My focus will be on days two to seven when the weightlifting and Para-powerlifting will be taking place at the NEC but it is a sports programme which has something for everyone and will also showcase the entire West Midlands region, with events taking place from Cannock Chase Forest to Leamington Spa and from West Park in Wolverhampton to Sutton Park in Birmingham.

This week has also seen another major moment for the Games with the launch of a new advertising campaign, with some of the West Midlands' finest and athletes from further afield all coming together to help celebrate greatness and build the excitement for Birmingham 2022.

The Games is clearly starting to take shape and it’s all beginning to feel very real. I for one cannot wait for the summer of 2022 to arrive and I know that sportswomen from across the Commonwealth will seize the historic opportunity that Birmingham 2022 is providing, to demonstrate exactly why women should always be in the sporting spotlight.