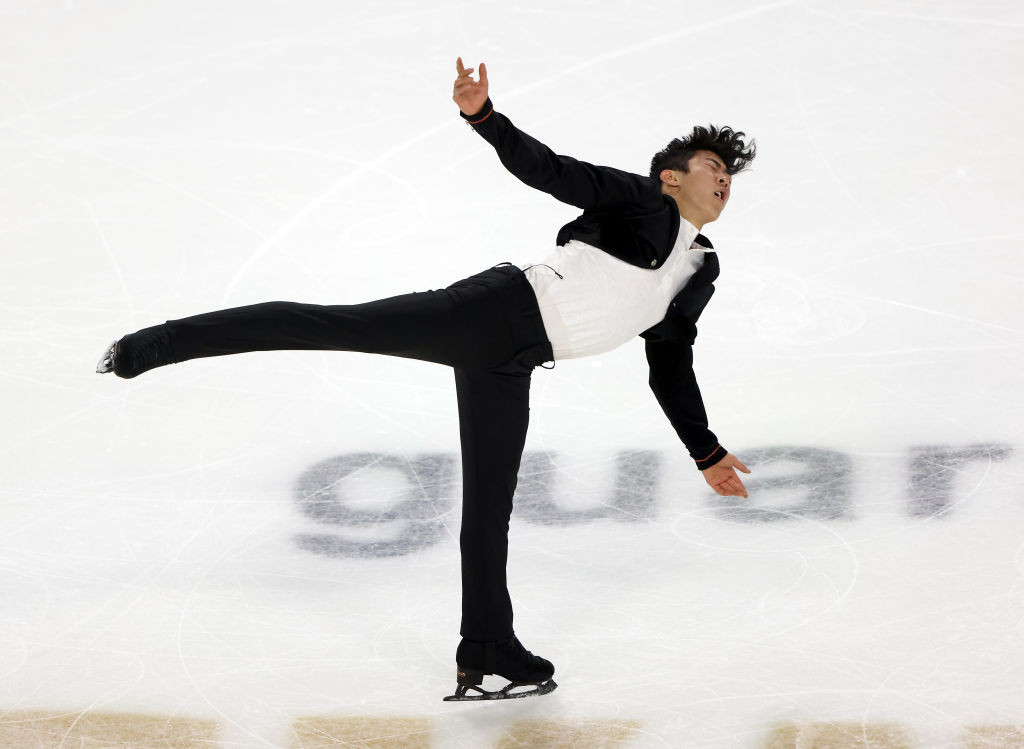 Two-time world champion Nathan Chen made an promising start to the international figure skating season as he topped the short programme standings at Skate America in Las Vegas.

The American star, who is undefeated since finishing fifth at the 2018 Winter Olympic Games in Pyeongchang, scored 111.17 points at Orleans Arena.

Chen, winner of the world title in 2018 and 2019, is in pole position to secure a record-equalling fourth Skate America crown tomorrow.

"I’m happy with where I am right now.

"The Olympics is a large motivator for me.

"That said, I think since I was a kid, the way I was raised, it’s about always being better, even if that’s just a millimetre."

American Mariah Bell leads the women's event after a strong showing in the short programme.

The routine from the multiple ISU Grand Prix of Figure Skating medallist yielded 76.48 points, narrowly ahead of team mate Bradie Tennell's score of 73.29.

Audrey Shin, also of the US, sits third having scored 69.77 points.

"Obviously this is an interesting situation that we are all in," said Bell.

"Even if there wasn’t a crowd, I really enjoyed performing."

The new team of Alexa Scimeca Knierim and Brandon Frazier of the US produced a superb display to surge into top spot in the pairs event.

The American duo scored 74.19 points to end the first day of the event 3.11 clear of nearest challengers Jessica Calalang and Brian Johnson.

Audrey Lu and Misha Mitrofanov of the US are third on 67.52 points.

Due to the coronavirus pandemic, this year's ISU Grand Prix of Figure Skating events will feature only domestic skaters or those who train in the host country or respective geographical region.

Skaters may only compete in one event.

The Canadian and French legs of the ISU Grand Prix of Figure Skating have been cancelled, while the end-of-season finale in China has been postponed.