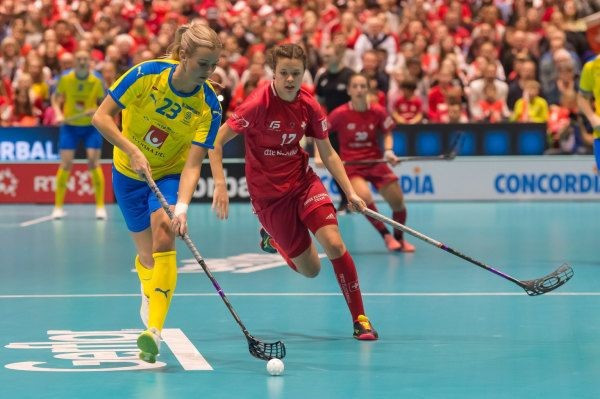 The International Floorball Federation (IFF) has decided to take part in the Olympic Movement Carbon Initiative in a bid to continue its development and activities in sustainability.

The programme, launched in 2019, looks to recognise the sustainability efforts of sports organisations within the Olympic Movement.

The 2020 award is open to more than 200 National Olympic Committees (NOC) and the 77 International Federations (IF).

Created by the chemical company Dow and the International Olympic Committee, the initiative asks for climate action within organisations' operations.

Despite Dow's pledge to be carbon neutral by 2050, it is yet to align with the United Nations' Paris Agreement.

Last year, Dow produced a total of 125 million metric tonnes of emissions across its entire supply chain from raw materials to product use, according to its own sustainability report.

By 2035, the company will only sell packaging material that is reusable or recyclable.

Only NOCs and IFs who are a part of the United Nations Sports for Climate Action Framework can be recognised for the award, with applicants also having to present detailed data on their carbon reduction plans, requiring them to reduce their carbon footprint.

The IFF decided to submit an application based on its recent work to improve its sustainability having joined the UN Sports for Climate Action Framework in late 2019.

Since then, it has teamed up with sustainability company Myclimate to improve its practices and even outlined plans to make sure that the next edition of the Men's World Floorball Championships were focused on sustainability.

Recipients of the award will be announced on November 6 at the annual IF Forum.

The event will be hosted online instead of its traditional location of Lausanne.

With this recognition, the IFs and NOCs will receive carbon offsets including climate solutions.

Some of these include conserving ecosystems and avoiding deforestation, as well as energy efficiency and renewable energy.