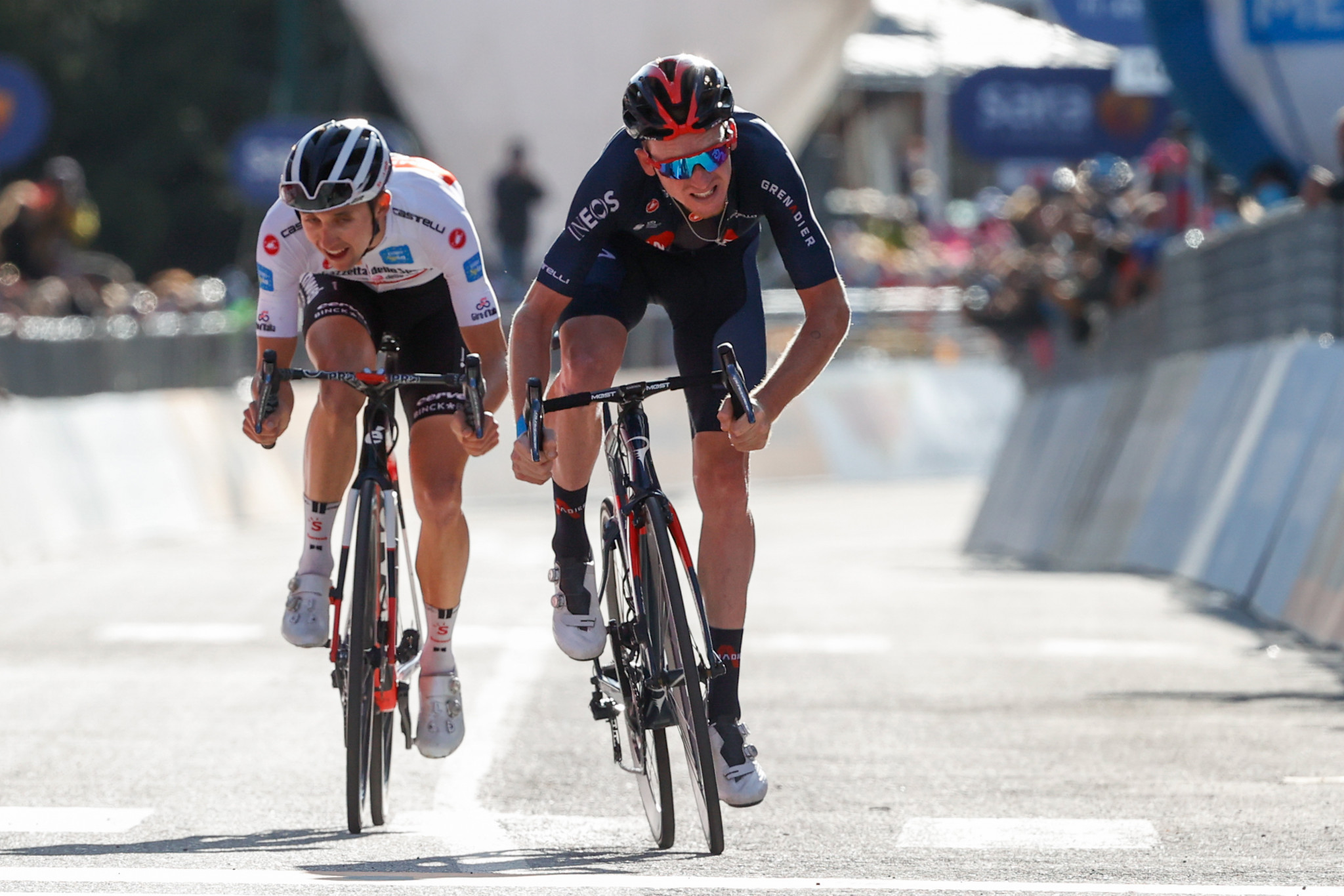 Ineos Grenadiers’ Tao Geoghegan Hart is tied with Sunweb’s Jai Hindley at the top of the Giro d’Italia standings after winning the penultimate stage.

The British rider started the day 15 seconds adrift of leader Wilco Kelderman, and three behind Australian Hindley, but shook up the leaderboard with his second stage win of this year's race.

He beat Hindley to the line and finished the stage in 4 hours 52min 45sec.

Hindley finished in the same time, but the British rider gained three more bonus seconds by winning the stage, meaning the riders have identical times of 85:22:07 following 20 stages.

Dutchman Kelderman, a team mate of Hindley's, has slipped to third, 1:32 behind the leading pair, after finishing eighth today.

Ineos Grenadiers’ Rohan Dennis of Australia came third on today's stage, 25 seconds behind Geoghegan Hart and Hindley, who are set to battle it out for the overall title in Milan tomorrow.

"It's been an incredible day," Geoghegan Hart said.

"I was super comfortable.

"I knew we had a lot of time on the riders behind.

"It was up him to make the difference and I knew that he couldn't once he made his first attack.

"It's extremely close, so we'll see what happens.

Hindley will wear the pink jersey going into the final day having narrowly edged the two previous time trials.

No Australian has ever won the Giro, while Chris Froome is the only British rider to do so, in 2018.

"It's something I've dreamed about since I was a little boy.

"To wear the leader's jersey in a Grand Tour is an incredible privilege.

"It's not ideal to take it off Wilco but it's nice to keep it in the team.