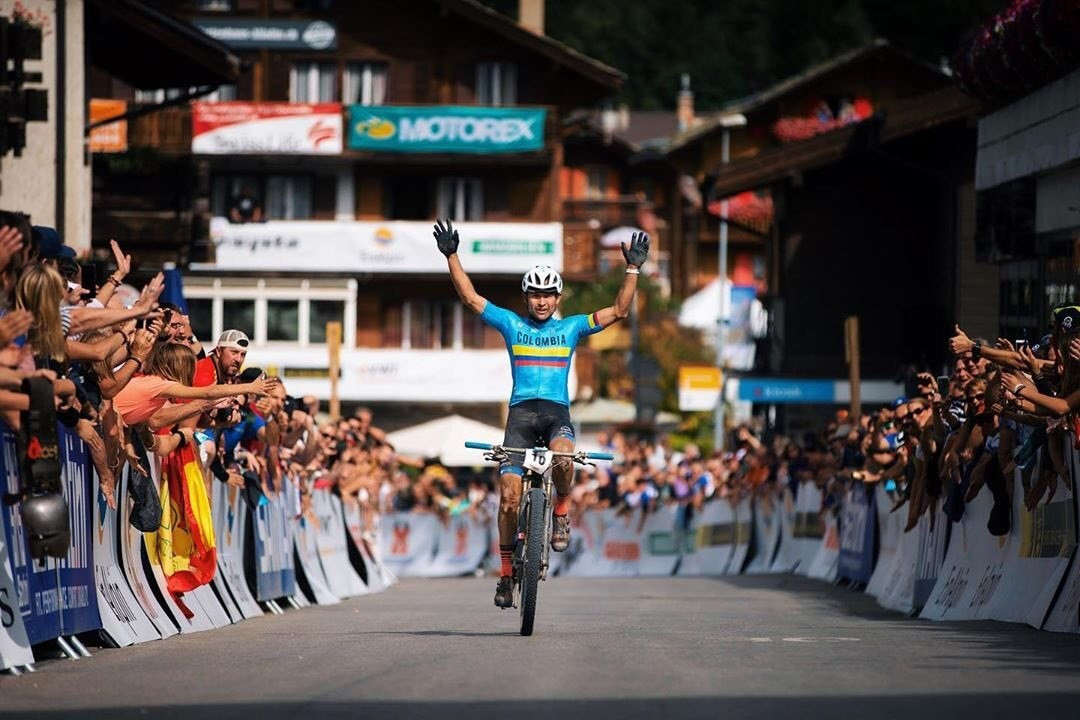 The 38-year-old has been acclimatising in Turkey having competed in the UCI MTB Marathon Series last Sunday (October 18) in Sakarya as well.

But Páez found life difficult that day as he was forced to stop on several occasions to remove mud from his bike on his way to finishing seventh.

Peeter Pruus of Estonia overcame the tricky conditions to win in Sakarya and will hope to find the winning formula again.

Austrian Alban Lakata, a three-time world champion, is also in a field which features fellow former winners Tiago Ferreira of Portugal, Jaroslav Kulhavý of the Czech Republic and Periklis Ilias of Greece.

In the absence of defending world champion Pauline Ferrand-Prévot of France, the women’s race would appear to be open as well.

Slovenian Blaža Pintarič and South African Robyn de Groot who finished second and third respectively behind Ferrand-Prévot last time will be looking to seize their opportunity.

But they are expected to face stiff competition from Britain’s Isla Short and Ukrainian Yana Belomoina, while Poland’s Maja Wloszczowska - who won the title in 2003 - will look to draw upon all her experience when she lines up tomorrow.

De Groot struggled in the mud in Sakarya last week but is expecting better weather this time around.

"Fortunately the weather is clearing and the sun is out, so hopefully that dries out the course," the 37-year-old told cycling website In The Bunch.

"I’m happy that we came to Turkey well in advance of the race.

"I am focused on doing the best I can and it is just a matter of applying yourself well and adapting to the situation."

More than 100 athletes representing 29 nations are set to take part in the competition, with the women racing 80.9 kilometres and the men tackling 110km.