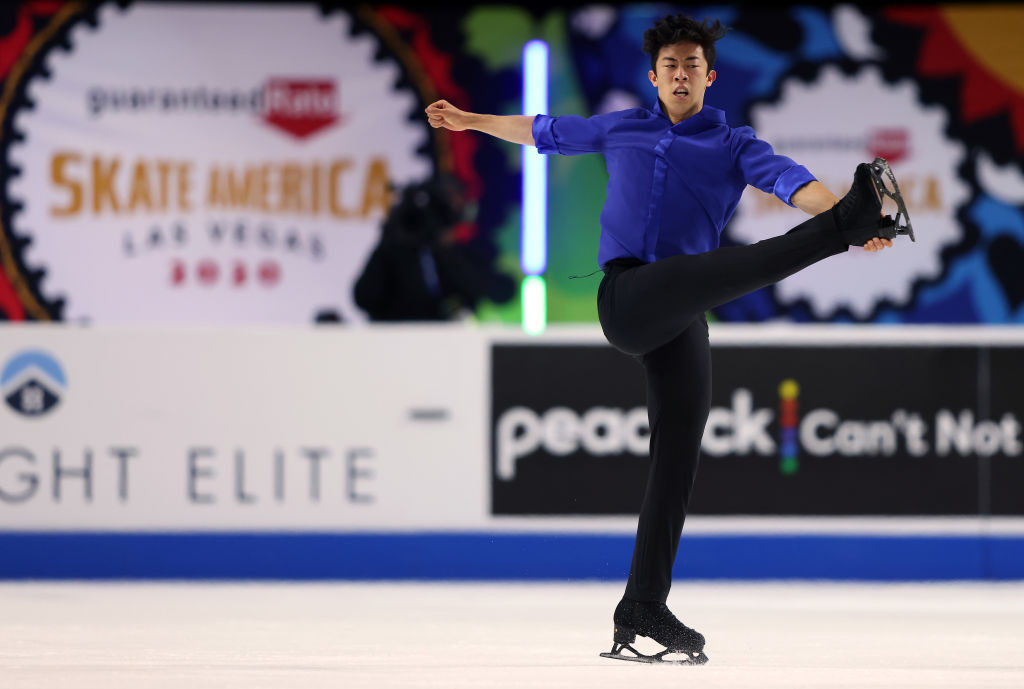 The 21-year-old American finished nearly 25 points clear of nearest rival and compatriot Vincent Zhou at the end of the first International Skating Union Grand Prix of Figure Skating event of the season at the Orleans Arena.

Chen eased to the gold medal with a score of 299.15 points, with Zhou second on 175.74 and Canada's Keegan Messing - one of eight international athletes taking part at the competition - third on 174.02.

The American star, winner of the world title in 2018 and 2019, was rewarded with 187.98 points for his free skating routine as he ensured he remained undefeated since finishing fifth at the 2018 Winter Olympic Games in Pyeongchang.

"Of course, I'm a little disappointed about the jumps that I missed," Chen said.

"I'm just thrilled to be here at this competition, so thankful to everyone who has been involved, to bring us together and how smoothly it went so that skaters just could focus on skating."

Bell clung on to top spot despite finishing fourth in the free skating standings after missing her last jump, a triple lutz attempt.

Bradie Tennell, also of the United States, did enough for silver on 211.07, while Audrey Shin completed the clean sweep for the hosts by earning bronze on 206.15.

"It was a little shaky and I felt a little bit stiff but I'm excited to be able to get my long program out kind of in a competition setting," said Bell.

"I am walking away from this performance a little bit disappointed but at the end of the day I can be proud."

Alexa Scimeca Knierim and Brandon Frazier of the US marked their Grand Prix debut in style as they claimed victory in the pairs event with 214.77 points.

Kaitlyn Hawayek and Jean-Luc Baker claimed the silver medal on 202.47 points, with Christina Carreira and Anthony Ponomarenko taking bronze on 185.78.