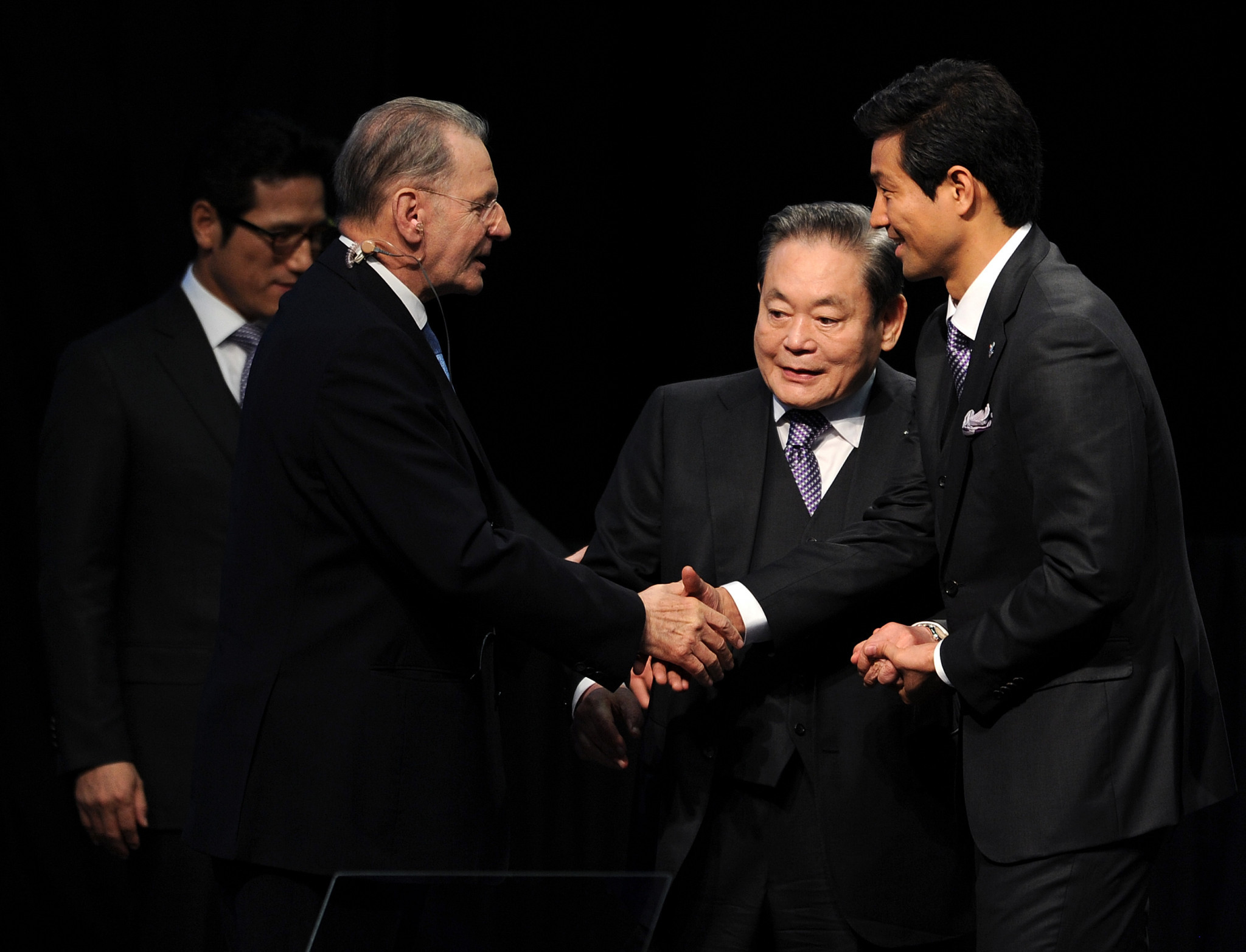 Lee, the chairman of Samsung Group, suffered from health problems after suffering a heart attack in 2014.

The heart attack had required Lee to receive care and little has been revealed about his condition since.

He had been virtually unseen publicly in South Korea and had not attended any Olympic meetings during this time.

Lee officially stepped down as an IOC member at the 2017 Session in Lima, where he was made an honorary member.

He had been an IOC member since 1996 and was influential in helping Pyeongchang secure the right to host the 2018 Winter Olympic and Paralympic Games.

“Lee Kun-hee made a great contribution to the Olympic Movement and the success of the Olympic Games by not only making Samsung a TOP Partner of the IOC, but also by promoting the Olympic Games worldwide and by fostering the bond between sport and culture," said IOC President Thomas Bach.

"This Olympic legacy of Lee Kun-hee will continue to live on.

"To commemorate him, the IOC will fly the Olympic flag at half-mast in Lausanne.”

Lee was a former member of the IOC Cultural and Finance Commission.

He was also President then Honorary President of the Korean Amateur Wrestling Federation from 1982 to 1997.

Lee was also a member of the Korean Olympic Committee, later serving as vice-president from 1993 to 1996 and then becoming Honorary President.

The South Korean was fined and given a suspended three-year prison sentence in 2008 after being found guilty of embezzlement and failing to pay $39 million (£24 million/€33 million) in taxes.

He voluntarily gave up his membership only to return to the IOC in 2010 after being granted a Presidential pardon the previous year.

The IOC Ethics Commission concluded Lee had "tarnished the reputation of the Olympic Movement" but allowed him to return in the middle of Pyeongchang's successful campaign to host the 2018 Winter Olympic and Paralympic Games.

Lee was the third son of Samsung founder Lee Byung-chul.

Samsung joined as a member of the IOC's The Olympic Programme (TOP) sponsorship scheme in 1998 - two years after Lee became a member.

The company is the the worldwide TOP programme sponsor in the wireless communications equipment and computing equipment product categories.

Samsung extended its international partnership with the International Olympic Committee until 2028 in December 2018.

The company’s first Games as a TOP partner was the Nagano Winter Olympics in 1998.

Lee was viewed as key to turning Samsung into a leading electronics company worldwide.

The company paid tribute to their chairman, saying his legacy will be “everlasting”.

"It is with great sadness that we announce the passing of Kun-hee Lee, chairman of Samsung Electronics,” a Samsung statement read.

"Chairman Lee passed away on October 25 with his family, including vice-chairman Jay Y Lee, by his side.

"His legacy will be everlasting.”

It was reported last month by the Financial Times that South Korean prosecutors had indicted Lee Jae-Yong on charges of stock manipulation relating to the merger in 2015 of two Samsung units, and over allegations of an accounting fraud.

Lee’s lawyers were said to have called the prosecutors’ accusations "groundless", while Samsung itself was said to have denied all wrongdoing related to the case.

Lee was jailed for five years in 2017 after being found guilty of offences in the bribery scandal which led to South Korean President Park Geun-hye being forced from office.

In 2018 an appeals court reduced the sentence to two-and-a-half years and Lee was released.