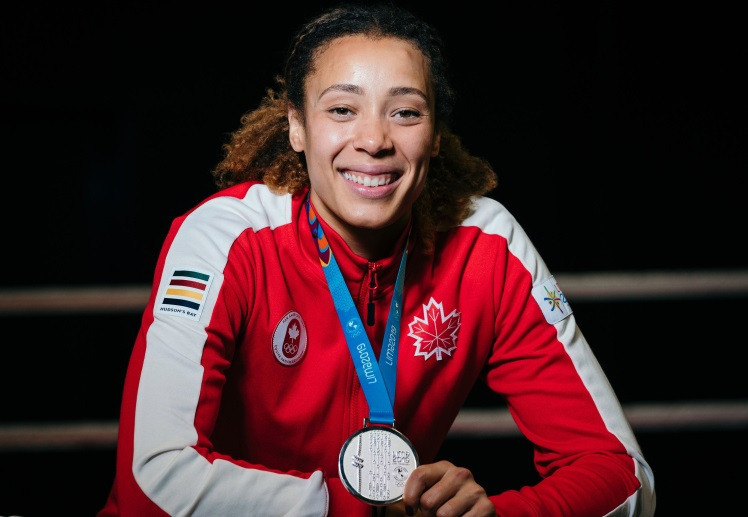 Canadian boxer Tammara Thibeault has been presented with her silver medal from the 2019 Pan American Games in Lima following the disqualification of Colombia's Jessica Caicedo.

Caicedo was among the 15 positive doping cases from Lima 2019 announced by Panam Sports last December.

She had defeated Thibeault by split decision in the semi-finals of the women's middleweight, eventually winning the final against the United States' Naomi Graham to take gold.

This has now been stripped from Caicedo, with America's Graham now upgraded to the gold medal.

Flávia Figueiredo of Brazil and Érika Pachito of Ecuador complete the new podium.

The medal re-allocation process had been delayed due to the COVID-19 pandemic.

"Being able to compete at the highest level at Lima 2019, I understand the dedication and perseverance required to win on the international stage," Thibeault said.

"However, we must not forget the importance of integrity.

"There are rules in place to give everyone a fair chance on the playing field and that is something that should never be compromised."

Thibeault admitted, though, that some of the gloss had been taken off the achievement.

"This is not how I imagined winning a silver medal, but I am incredibly thankful for the reward," she said.

"I cannot wait to continue my journey towards representing Team Canada at the Tokyo 2020 Olympic Games next summer."

During her career, the 23-year-old Thibeault has also earned a middleweight bronze medal at the 2019 Women's World Boxing Championships in Ulan-Ude and the 2018 Commonwealth Games in Gold Coast.

She was one of two Canadian boxers who claimed medals at Lima 2019, with Myriam Da Silva achieving silver in the women's welterweight.

"We were proud of the heart and integrity Tammara’s showed at Lima 2019 in and out of the ring and are so pleased that she has now been awarded what she rightfully earned," said Canadian Olympic Committee President Tricia Smith.

"While we cannot be together in person to celebrate this momentous occasion, I know she recognizes how important this moment is in the fight for fair and clean sport.

"Congratulations, Tammara, your perseverance and determination, heart and integrity will always shine through."