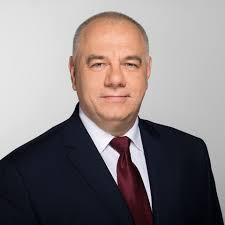 Poland's Deputy Prime Minister Jacek Sasin has been appointed as the Government representative in charge of overseeing preparations for the 2023 European Games in Krakow and Małopolska.

Sasin, who has held his role in the Polish Government since June 2019, will lead the coordination office for the Games.

Analysing the economic and financial conditions for the third edition of the European Games and monitoring preparations will be among the main tasks for the group.

Polish organisers have not yet revealed how much they expect staging the event, which Krakow and Małopolska was awarded last June, will cost.

Sasin - who faced criticism for allocating more than PLN68 million (£13.6 million/$18 million/€15.2 million) for this year's Presidential election in Poland, which did not take place in its scheduled May slot - said the 2023 European Games can help the country recover from the financial impact of the coronavirus pandemic.

"A return to normalcy will require economic impulses," he wrote on Twitter.

"Preparing a sports event that will bring together players and fans from 50 European countries can be one of the elements.

"Well-thought-out investments will serve Krakow and Małopolska in the long term."

It has been suggested appointing Sasin to a key role in the organisation of the event shows how seriously Poland is taking the Games.