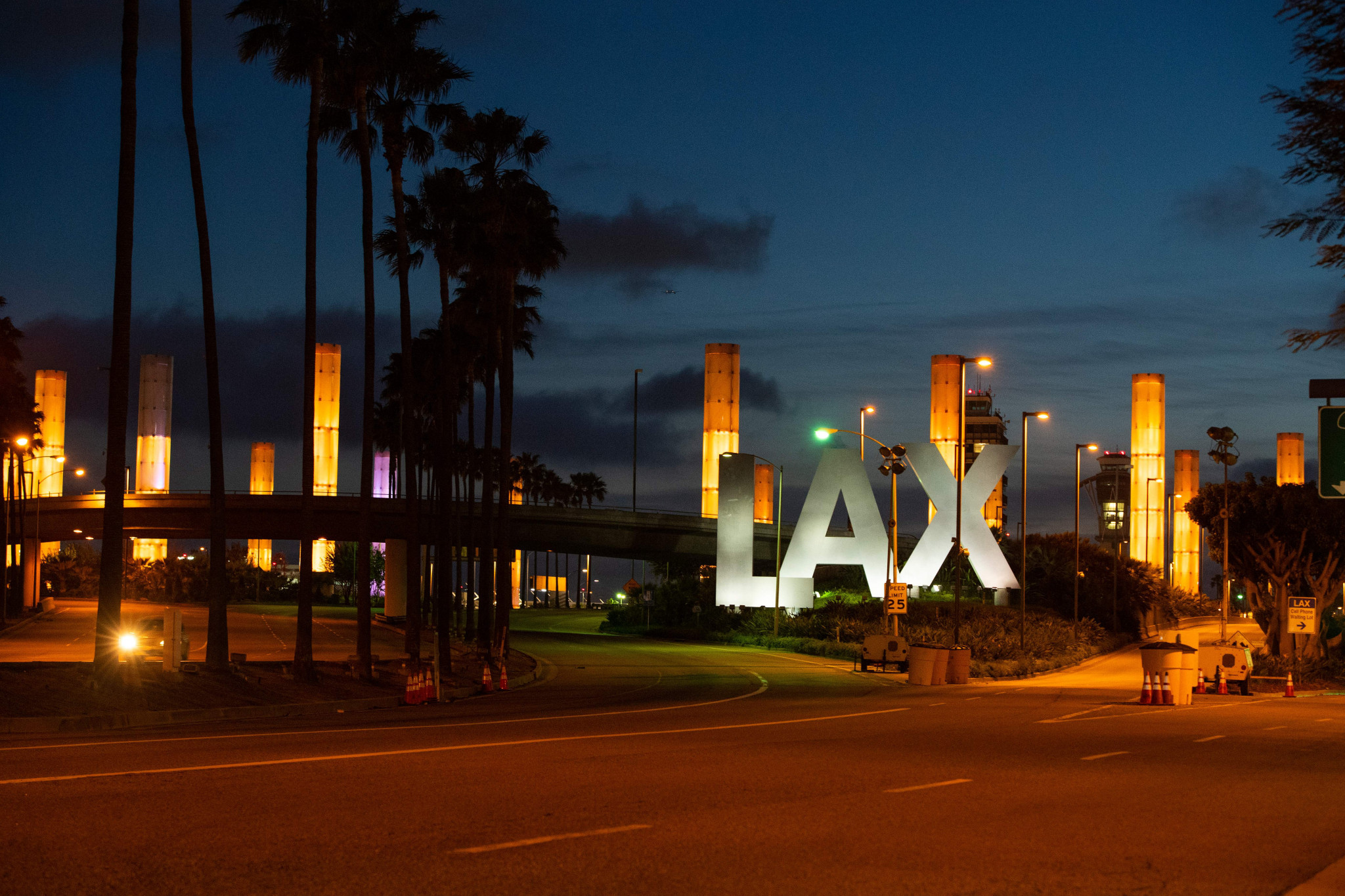 One of the upgrades being made to Los Angeles International Airport (LAX) ahead of the 2028 Olympic and Paralympic Games is expected to be completed earlier than planned.

Delta Air Lines - a founding partner of Los Angeles 2028 - had hoped to finish a terminal modernisation project by late 2024.

But the company now expects it to be completed by mid-2023 - 18 months ahead of schedule.

The project worth $1.86 billion (£1.39 billion/€1.57 billion) is set to connect Delta’s two terminals and the Tom Bradley International Terminal.

Last week saw a ceremonial "topping out" take place as the final steel beam was secured to the central headhouse structure.

This marked the competition of the first phase of the Delta Sky Way project.

"LAX is a central pillar of our economic strength - part of the connective tissue bringing our city to the rest of the world - and we remain focused on enhancing its infrastructure, strengthening our workforce, and transforming the traveller experience," said Garcetti.

"Even as we confront the immediate crisis of COVID-19, we are accelerating our work to devise a premier airport where visitors are greeted by reimagined terminals, workers land in good-paying jobs, and the city of the future truly takes off."

The final steel beam goes into place on the new @Delta headhouse at Terminals 2-3! Thanks to @MayorOfLA for helping with the celebration of this major progress on the LAX modernization project! pic.twitter.com/vGMvnAqCdQ

A lower volume of passengers due to the coronavirus pandemic is a big reason for the project’s swift progress, with Terminal Three temporarily closed.

"If there’s a silver lining to fewer people flying right now, it’s that we have an opportunity and a team with the know-how to pull the future forward on infrastructure projects like Sky Way at LAX, which will deliver an exceptional experience much faster than planned for our customers and employees," said Mark Pearson, vice-president of corporate real estate for Delta.

"This is all possible thanks to the incredible support of LAWA, the City of Los Angeles and our construction partners who are aligned with our vision, and our employees who continue to be nimble in supporting customers throughout each phase of construction."

Delta plans to open the central headhouse at LAX by the first quarter of 2022 before opening a revamped Terminal Three concourse and satellite terminal in mid-2022, with the west headhouse expected to follow.

In mid-2023, the Terminal Two renovation and Terminal B connector is scheduled to be completed.

The Delta Sky Way project is part of the $14 billion (£12.5 billion/€15.67 billion) LAX Modernization Program that aims to transform the airport ahead of Los Angeles 2028.

It is the biggest expansion of LAX since a $700 million (£540 million/€594 million) reconstruction in preparation for the 1984 Olympics, the last time the city hosted the Games.

"As we reimagine Los Angeles International Airport, the modernisation of Terminals Two and Three is an example of how we are realising our goal to be one of the top international airports in the world by creating new facilities and passenger experiences that are modern, streamlined and built on a framework of advanced technology," said Justin Erbacci, chief executive of LAWA.

"The new headhouse will be a new front door for Delta Air Lines guests, creating a key linking point for the north terminals and providing easy access to the Automated People Mover train when it begins operations in 2023."