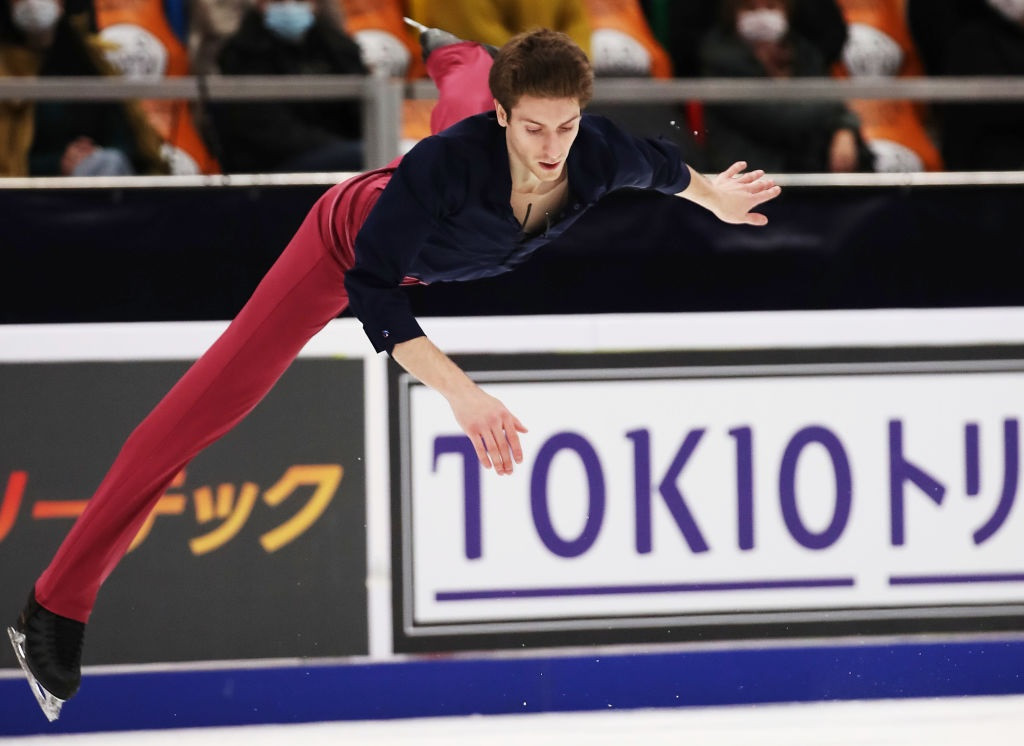 Georgia's Morisi Kvitelashvili stole the show at the Grand Prix of Figure Skating event in Moscow, while the ladies contest was hit by the late withdrawal of Russian starlet Anna Shcherbakova.

Kvitelashvili tops the standing following day one in the Russian capital after registering an impressive short-programme score of 99.56, 10 points better than his previous best.

Russia’s 18-year-old Petr Gumennik, who was making his senior Grand Prix debut, is second with 96.26 while his fellow countryman Mikhail Kolyada registered 93.34 to take third spot.

With Shcherbakova pulling out due to illness, European champion Alena Kostornaia seized her opportunity.

The 17-year-old’s superb short programme saw her notch 78.84 to take the lead.

Victoria Sinitsina and Nikita Katsalapov of Russia launched their defence of the ice dance crown with a score of 91.13 in the rhythm dance.

This was enough to take the lead, with Russians Tiffani Zagorski and Jonathan Guerreiro seven points behind in second and counterparts Anastasia Skoptcova and Kirill Aleshin recording 79.75 to take third.

Anastasia Mishina and Aleksandr Galliamov of Russia emerged victorious in the pairs short programme with 79.34.

Aleksandra Boikova and Dmitrii Kozlovskii are second on 78.29 and reigning Youth Olympic Games champions Polina Panfilova and Dmitry Rylov - all also of Russia - are third on 73.84.

The Rostelecom Cup is the third stop on the International Skating Union Grand Prix of Figure Skating schedule after events in the United States and China.

The competition continues tomorrow and is due to end on Sunday (November 22).

A limited number of spectators are able to attend.