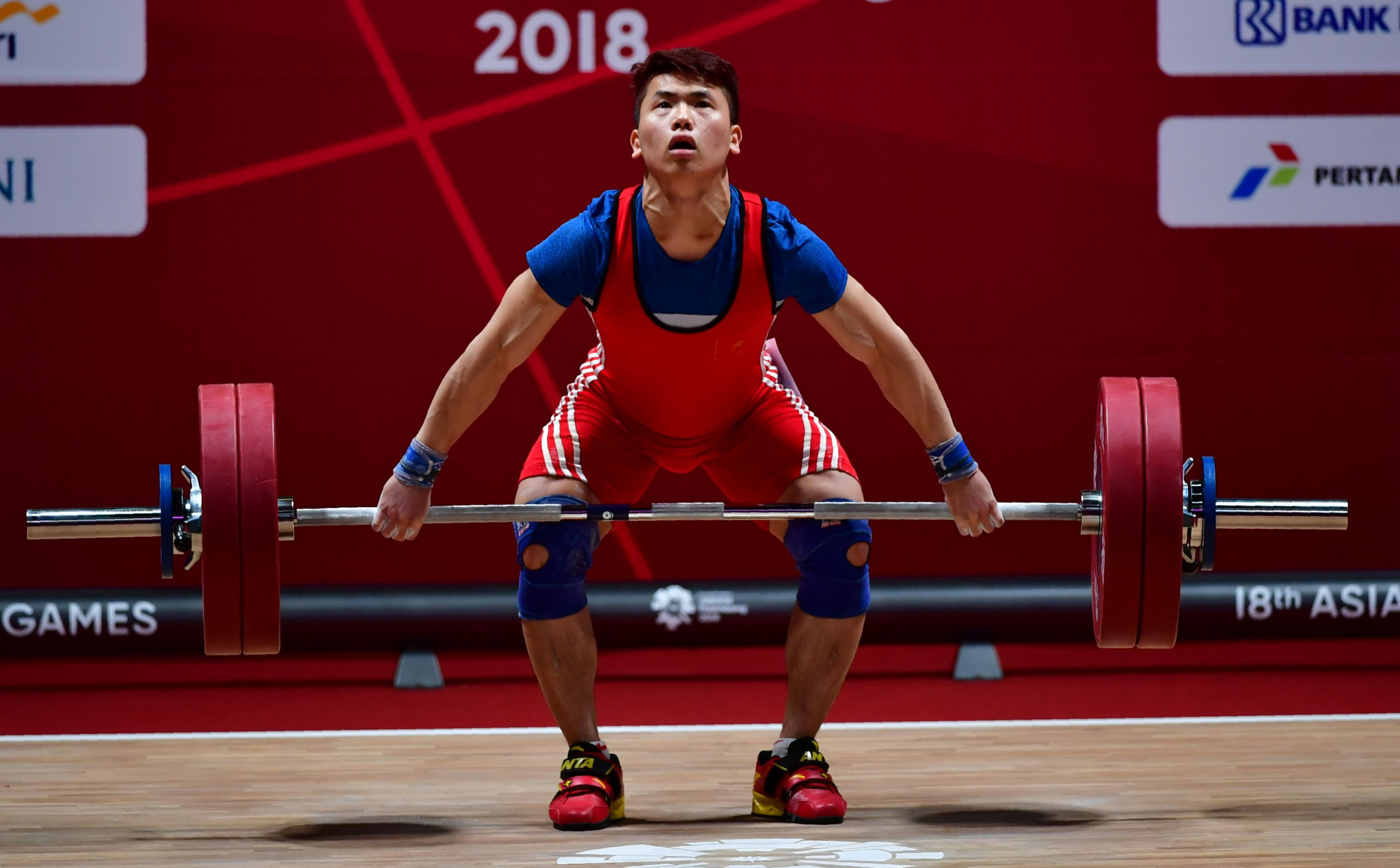 Vietnam is likely to be barred from weightlifting at Tokyo 2020 after two teenagers, one of them a world champion, were banned for doping.

That takes to four the number of Vietnamese lifters suspended for doping since February 2019, two of them aged 16 at the time of the offence and one aged 17.

Any nation with three or more doping violations during the Olympic qualifying period, which began in November 2018, is liable to lose quota places or be suspended outright.

Two other nations that were involved in teenage doping scandals, Thailand and Egypt, are already banned from Tokyo 2020.

Malaysia is also banned, and Romania and Colombia could join them because of multiple violations that are still being processed by the International Testing Agency (ITA), which now handles the International Weightlifting Federation’s (IWF) anti-doping procedures.

The IWF announced the two new Vietnam bans today, along with one from Belarus and extended suspensions for two Russians.

The Vietnamese pair are Thi Thu Trang Nguyen, now 17, who won the IWF Youth World Championships gold medal at 45kg last year and still holds the title as the 2020 event was cancelled because of the COVID-19 pandemic and Dihn Sang Bui, 18.

Bui was a bronze medallist at 61kg at the 2019 Youth World Championships.

Both were positive for oxandrolone in out-of-competition tests and have been suspended for four years from January 2020.

The two suspended in 2019 were Trinh Van Vinh, a multiple medallist who was 23 at the time he tested positive, and the then-16-year-old Thi Phuong Thanh Nguyen.

Phuong Than’s suspension, also for four years from February 2019, has never been announced by the IWF – which did publicise the fact that she had tested positive and her provisional suspension - but was widely reported in Vietnam.

Vietnam has two Olympic medal contenders, neither of whom has tested positive – Kim Tuan Thach in the men’s 61kg and Thi Duyen Hoang in the women’s 59kg.

If Hoang is absent, host nation Japan would have a genuine medal contender in Mikiko Andoh, who was fifth in the Rio 2016 Olympic Games at 58kg.

The Belarussian who has been suspended under article 2.2, based on evidence rather than a positive test, is Maksim Mudreuski, an 89kg lifter whose four-year exclusion runs from last August.

Magomed Abuev, a 28-year-old who has not competed internationally since 2013, was already banned by his national anti-doping agency, RUSADA, from January 2019 for four years.

Under Article 2.2 Abuev will serve an additional two years when the RUSADA suspension ends.

The other Russian, Nadezhda Lomova, tested positive out-of-competition for anabolic steroids (metenolone metabolites) and has had her suspension increased from four years to eight years, backdated to April 2019 when she was provisionally suspended.

Lomova won a silver medal at 63kg at the 2014 European Championships and last competed internationally in 2017.

No explanation is given for the suspension being double the usual length.

A South African who tops her nation’s Olympic qualifying list across all weights, Johanni Taljaard, has tested positive for Clomifene, a hormone modulator, and is provisionally suspended.

Taljaard, a 55kg lifter, had no realistic chance of qualifying for Tokyo 2020.