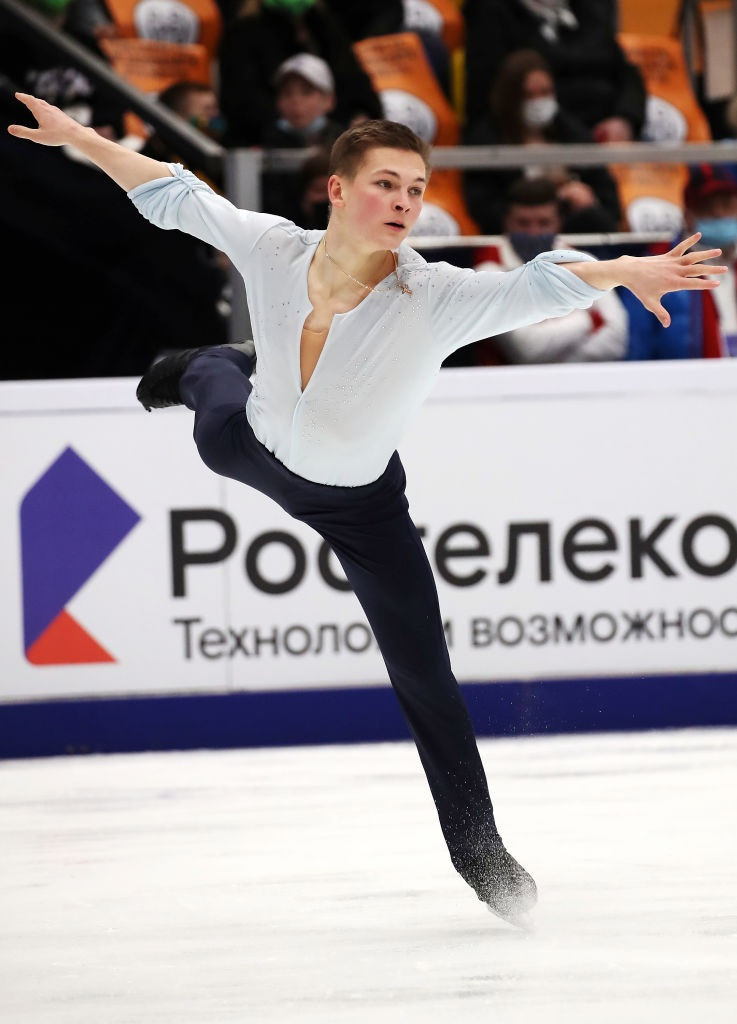 Olympic silver medallist Mikhail Kolyada put a season dogged by health issues behind him by winning the men's singles title at the Grand Prix of Figure Skating event in Moscow.

After missing the past campaign with sinusitis, the 25-year-old was back with a bang in the Russian capital as he overtook yesterday’s leader Morisi Kvitelashvili of Georgia with a superb routine.

Kolyada, who was part of the Olympic Athletes from Russia team that won silver at Pyoenchang 2018, produced a winning score of 281.89.

"Coming back is always hard," said Kolyada, who won his first Grand Prix since 2017.

"It was hard this time, but also nice.

"I want to thank everyone for their support."

Kvitelashvili finished second with 275.80 while 18-year-old Petr Gumennik of Russia marked his senior Grand Prix debut with a bronze after scoring 268.47.

Wow, what a performance 🔥!

Alena Kostornaia was leading after the short programme but the 17-year-old Russian had to settle for second place for a second successive year as Tuktamysheva took the title.

Defending champion Alexandra Trusova - only 161 and also Russian - suffered four falls as she fell out of the medal positions.

In the pairs, Aleksandra Boikova and Dmitrii Kozlovskii retained their title after overcoming  Anastasia Mishina and Aleksandr Galliamov.

European champions Boikova and Kozlovskii were one point behind their Russian rivals after the short programme but responded by registering a winning score of 232.56.

Mishina and Galliamov came second with 225.80 while Youth Olympic Games champions Polina Panfilova and Dmitry Rylov were third on 210.07 to complete an all-Russian podium.

Russians Victoria Sinitsina and Nikita Katsalapov emerged victorious in the ice dance event with 217.51 - 10 points ahead of Tiffani Zagorski and Jonathan Guerreiro, while Anastasia Skoptcova and Kirill Aleshin won bronze.

The Rostelecom Cup is the third stop on the International Skating Union Grand Prix of Figure Skating schedule after events in the United States and China.

There will be an exhibition event tomorrow, with all the medals now awarded.