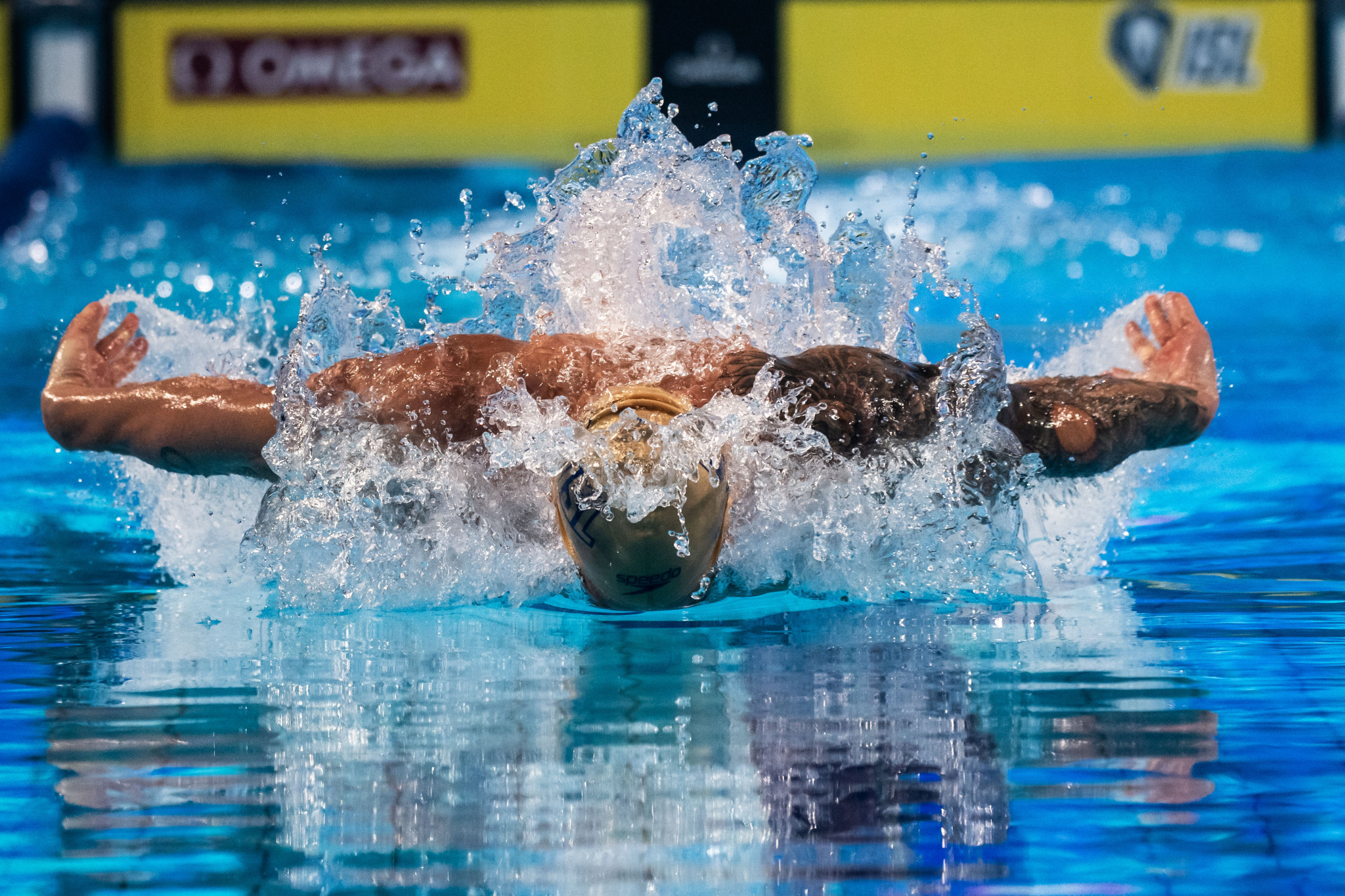 Caeleb Dressel broke his own 100 metres medley world record and was crowned Most Valuable Player (MVP) of both the final and season as Cali Condors claimed the International Swimming League title.

Dressel won another three races today - including clocking 49.28sec in the 100m medley to break his own world record in Budapest.

Cali Condors, who went unbeaten this ISL season and were the overnight leaders, ended on 561.5 point - almost 100 clear of their nearest rival.

Dressel collected a colossal 96 rankings points in the final and ended the season with 463.5 to be crowned MVP.

Team mate and fellow American Lilly King - with 71 and 350 - was second on both fronts.

Defending champions Energy Standard ended the final with 464.5 points to place second, while London Roar had 391 in third and Los Angeles Current, on 298, were fourth.

Dressel had broken two world records yesterday, and was not alone in setting a fastest-ever time today.

Britain's Adam Peaty, racing for London Roar, broke his own 100m breaststroke short-course record by stopping the clock at 55.41.

"The energy this team brings… you really want to be a part of it and you can see every time we step up to race," Dressel, who won two Olympic relay gold medals at Rio 2016, said after the final.

"Feeding off the energy has been great.

"It has been such a fun time being in this bubble.

"I can’t thank the ISL enough.

"This is the most fun time of my life."

The entire ISL season has been held at Budapest's Duna Arena because of the coronavirus crisis.

The season finale occurred against a backdrop of concerns for the ISL’s future, amid claims the organisation has failed to pay debts owed to suppliers from season one.