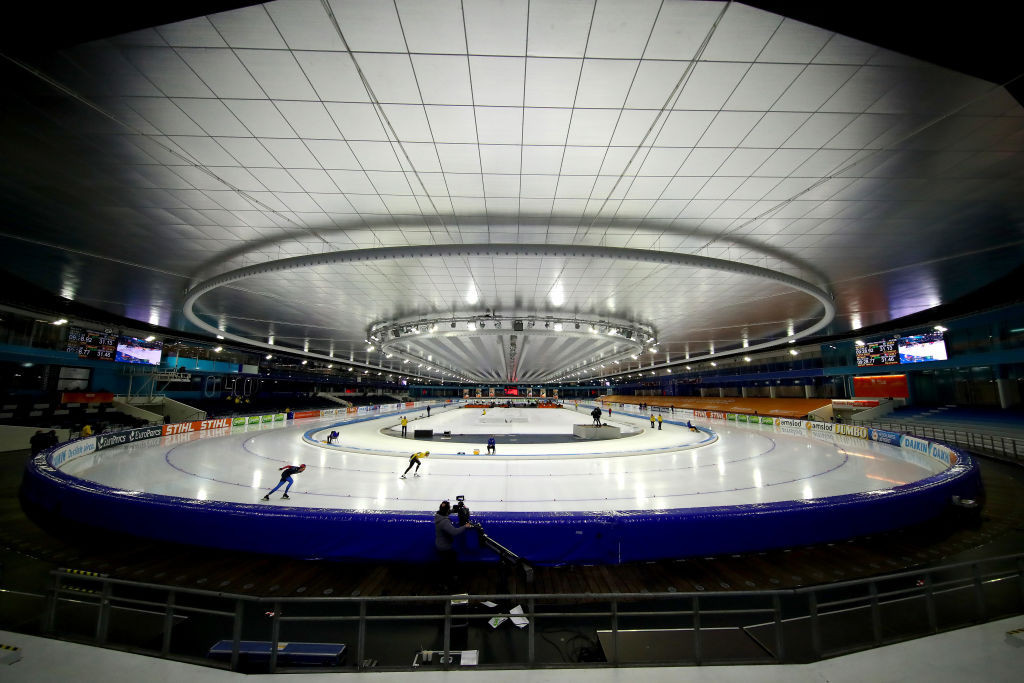 Heerenveen in the Netherlands has replaced Beijing as the host of next year's World Speed Skating Championships following the cancellation of test events for the 2022 Winter Olympic and Paralympic Games in the Chinese capital.

The International Skating Union (ISU) had been forced to find a new venue for the Championships following the decision to replace Beijing 2022 test events with an "adapted sports testing programme" due to the COVID-19 pandemic.

The ISU said Heerenveen, a regular host of major competitions in the sport, would stage the event from February 11 to 14.

Heerenveen had been selected to hold two ISU World Cup events as well as the European Speed Skating Championships in 2021 under a "hub concept" set up by the global governing body in response to the coronavirus pandemic.

In a statement, the ISU said the decision to move the World Championships to the Dutch city would extend the speed skating hub.

The European Championships are scheduled to run from January 16 to 17, while the two World Cups in Heerenveen are set to take place between January 22 and January 31.

Two Speed Skating World Cups - one in Heerenveen and another in Changchun in China - have been cancelled.

The ISU has also moved next year's World Short Track Speed Skating Championships from Rotterdam to Dordrecht and decided the event will be held one week earlier than planned.

The ISU said the switch of venue and change of dates "will allow teams, in particular teams from overseas, to move from the preceding ISU World Cup Short Track Speed Skating events, scheduled on February 19-21 and February 26-28, 2021 in Germany, directly to the World Championships".

The World Junior Figure Skating Championships, which had been due to be staged in Harbin in China from March 1 to 7, have also been called off because of the global health situation.