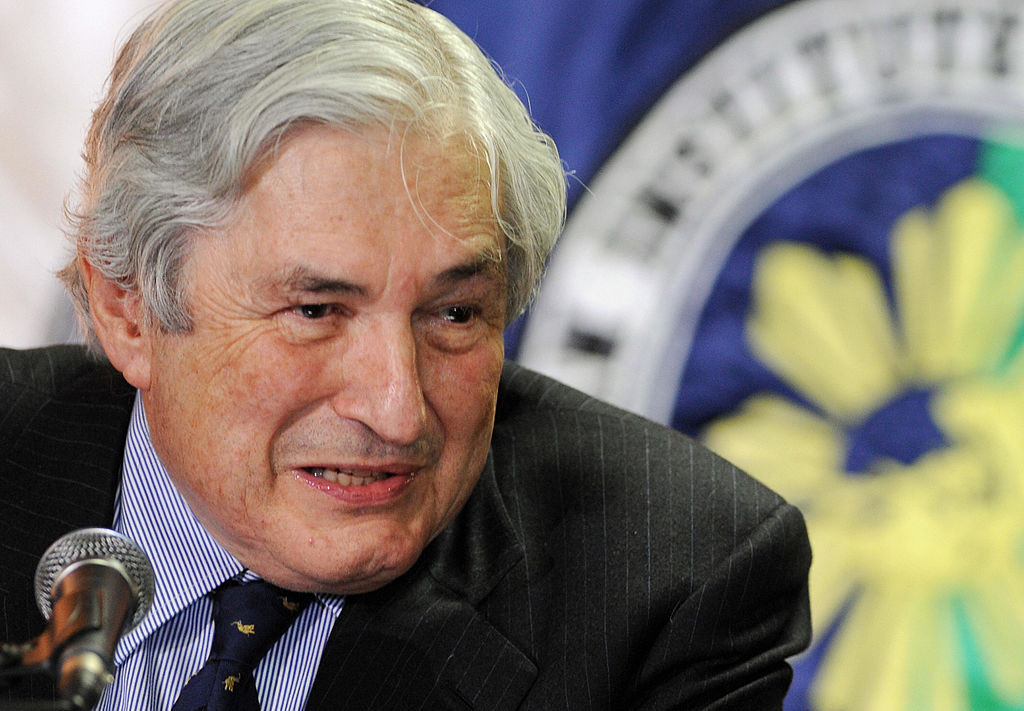 If you were to draw up a list of the 10 most famous Olympic fencers whose fame derived primarily from their exploits away from the piste, International Olympic Committee President Thomas Bach might well be on it; James Wolfensohn, who has died aged 86, definitely would.

The Sydney-born financier and lawyer is best known for administering a much-needed shake-up to the World Bank.

Between 1995 and 2005, Wolfensohn served as President of the Washington-based global assistance body, becoming only the third individual to complete two full terms.

But he also took the time to become an accomplished cellist.

And he was an Olympian - fencing for his country when it hosted its first Summer Games in Melbourne in 1956.

There he is on page 434 of the Official Report of those Games, hair darker and cropped much shorter than in later years, celebrating a victory with fellow members of the Australian épée team.

The report indicates that the then 22-year-old secured two of the home team’s five victories in a losing cause against reigning Olympic champions Italy at the St Kilda town hall.

The Australian quartet also lost to Great Britain and Northern Ireland, and were hence eliminated from contention.

Public interest was described by the report as "phenomenal".

It went on: "Seating accommodation proved to be inadequate and at times as many as 400 people, after standing in a queue, had to be refused admittance."

Melbourne brought an important step in the venerable sport’s innovation, being the first Games at which an electric foil was deployed.

A voracious traveller, Wolfensohn’s professional passions were perhaps most stirred by global inequities.

As he urged in his final address to the World Bank Annual Meeting: "If we want stability on our planet, we must fight to end poverty…

"The eradication of poverty is central to stability and peace.

"It is still the challenge of our time."