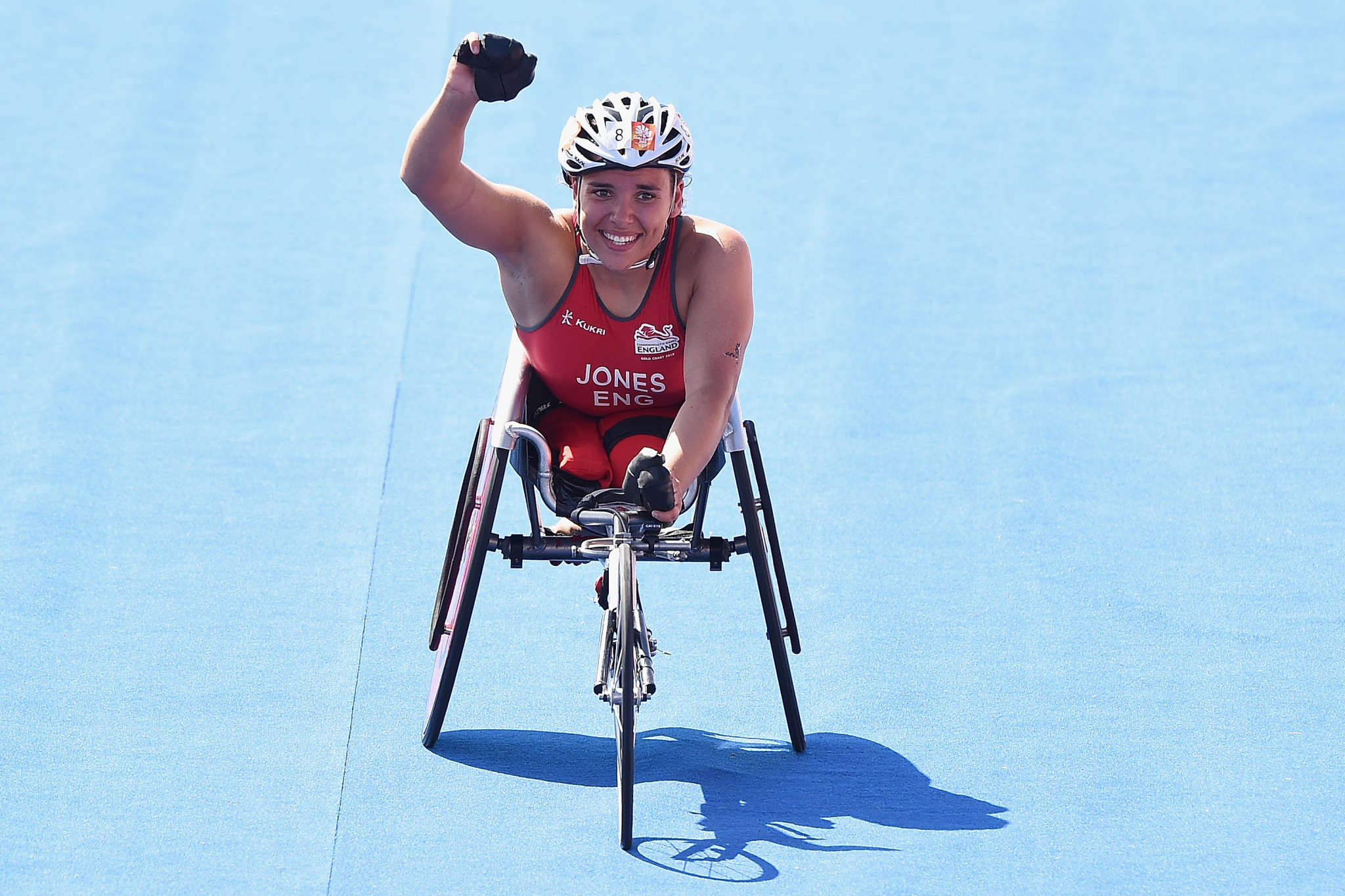 Commonwealth Games champion Jade Jones-Hall is set to miss next year’s Paralympic Games after deciding to take a break from competitive sport.

England's Jones-Hall clinched gold in Para-triathlon and a bronze in the T54 marathon at Gold Coast 2018.

Before taking up Para-triathlon in 2016, Jones-Hall competed on the track as a wheelchair racer, representing Britain at the London 2012 and Rio 2016 Paralympics and winning bronze over 1500 metres at the Glasgow 2014 Commonwealth Games.

But the 24-year-old, who also won gold in Para-triathlon at the 2017 European Championships, has decided to step away from the sport to focus on her health and explore other interests.

"The Commonwealth Games in 2018 will always stand out as an amazing moment in my career," said Jones-Hall.

"It was such a memorable achievement for me, but also showed how far I’d come because I’d stepped out of my comfort zone to learn two new disciplines when moving to Para-triathlon.

"I’ve had a great team throughout my time with British Triathlon who have all worked incredibly hard to help me to the Commonwealth title and in the years since, and I’m so grateful for all they’ve done for me.

"I’m taking a break from sport for now so I can focus on my health and will use the time to explore other areas of my career as well as other interests I have outside of sport."

Jones-Hall’s decision means she will miss Tokyo 2020, which has been postponed to 2021 due to the coronavirus

"Jade has been a huge part of the team since joining us in 2016, bringing with her over a decade’s experience of competing at the highest level of international racing," Riall said.

"I’m sure that the commitment and dedication that she showed to master two extra disciplines and reach the top of the sport means that she’ll make a success as she moves on and takes a break from Para-triathlon."