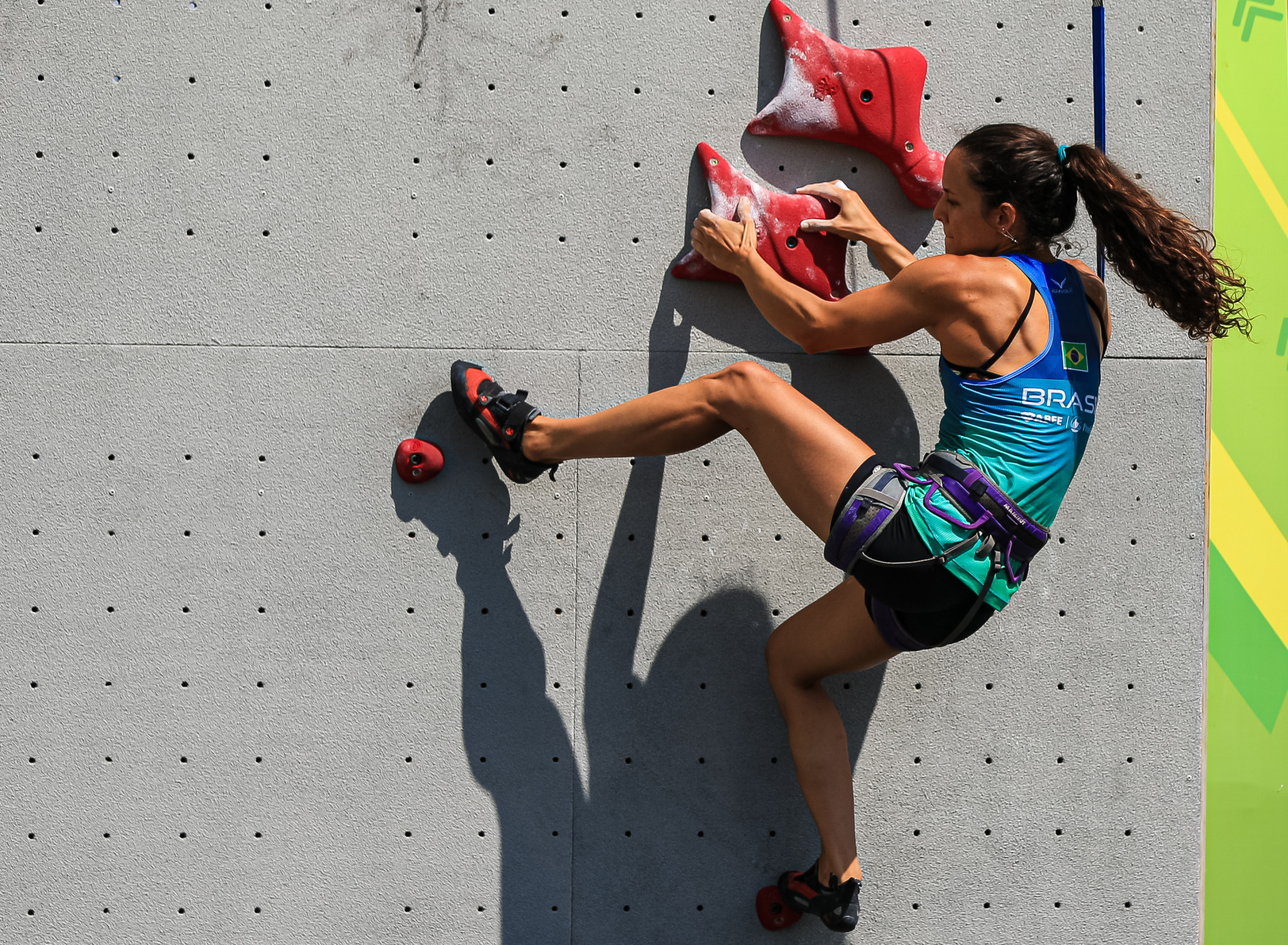 Sport climbing will make its Pan American Games debut at Santiago 2023 after the Panam Sports General Assembly approved its addition to the programme.

Panam Sports had announced a provisional programme of 33 sports back in March, but the organisation left the door open for further additions.

Basque pelota, bowling, squash and racquetball were not included on the initial list, but will now feature at the Games in the Chilean capital.

Panam Sports Executive Board approved the addition of sport climbing, following last week’s confirmation that the sport will feature at the Paris 2024 Olympic Games.

The International Federation of Sport Climbing (IFSC) confirmed Santiago 2023 will serve as a direct qualifier for Paris 2024, fulfilling Panam Sports focus on adding greater importance to competition at the Games.

“We believe our sport will bring an additional value to the Pan American Games,” IFSC President Marco Scolaris said prior to sport climbing’s confirmation.

“Athletes from the continent can earn their ticket to the Paris 2024 Olympic Games.

“We are a young federation and we need your support to help us grow.”

Breaking was added to Paris 2024 last week alongside skateboarding, sport climbing and surfing, with the latter three already confirmed on the Santiago 2023 programme.

“We want to fill the sports venues, so that Chile feels proud of the event that we are going to offer.

“The sports programme is one more step towards that goal.”

Santiago 2023 has said proximity to the beaches of Viña del Mar, Valparaíso and Algarrobo could host events such as beach volleyball, surfing and sailing.

Los Andes and Curauma has been earmarked for canoeing competition, while the vast majority of events will take place in Chile’s capital Santiago.

Santiago 2023 confirmed that the Games has a budget of $507 million (£375 million/€416 million), which includes $107 million (£80 million/€88 million) dedicated to construction and improvements of infrastructure for the Games.

A $24.6 million (£18 million/€20 million) investment will be made in the National Stadium Sports Park, with the funds including green sport areas, bike paths, running circuits and exercise areas.

The park will be the home of 11 competition venues during the Games, which will receive investment of $120.7 million (£89 million/€99 million).

A new Contact Sports Training Centre is expected to cost $16 million (£11.8 million/€13 million) with construction scheduled to begin next year, and completion expected in 2022.

Santiago 2023 said construction is underway on a new $9.1 million (£6.7 million/€7.4 million) Field Hockey Training Centre, scheduled to be completed by the end of next year.

Both facilities will be completed in 2022.

Santiago 2023 also plan to upgrade several venues in the park, including the Mario Recodon Athletics Centre and the National Aquatic Centre.

The O'Higgins Park will be another hub during the Games.

A tender process was opened for the Pan American Village in Cerrillos earlier this year, with the chosen company expected to be confirmed in the coming months.

Construction of the Village is expected to begin next year.

The project will reportedly deliver 1,137 homes, with the Chilean Government saying this is part of a sustainable housing policy.

Chilean Sports Minister and Santiago 2023 President Cecilia Perez said the Games is part of the economic reactivation of the country, amid the coronavirus pandemic.

Perez referred to the Games as an “engine of happiness” in Chile, due to the multi-sport event generating jobs.

Around 9,600 jobs are expected to be created by 2022, which Perez said will come as a relief to people who have lost work due to the impact of the pandemic.

Santiago 2023 also confirmed alcohol brand Michelob Ultra has been secured as the first sponsor of the Games.

The Games are scheduled to take place from October 20 to November 5 in 2023.

Chile will host the Games for the first time.

Santiago was initially awarded the right to host the 1975 and later 1987 Pan American Games, but withdrew as host both times due to financial and political problems.