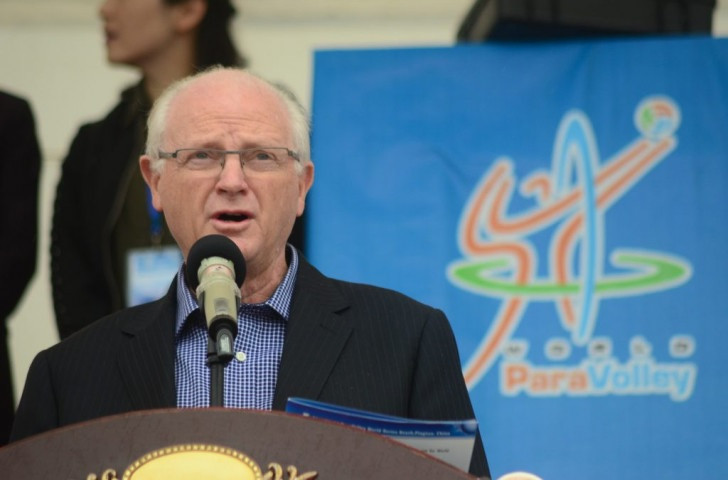 Barry Couzner has been re-elected as President of the World ParaVolley after standing unopposed at the organisation’s General Assembly.

The Australian, who has been President since 2014, will now serve another four-year term in office.

Louise Ashcroft of Canada was re-elected as medical director while Croatian Ivana Pavic was named development director, replacing John Kessel who has retired after eight years in the position.

Couzner, a former President of Volleyball Australia who served as volleyball competitions manager at the Sydney 2000 Olympic and Paralympic Games, said he was honoured to remain in charge of World ParaVolley.

"It is a privilege and a challenge to lead the governance of an independent International Federation," said Couzner.

"We held a very successful General Assembly online for the first time with nearly 80 per cent of our members in attendance.

"The Board will consider this format for the next General Assembly to be held in 2022."

As well as the Board election, the General Assembly saw Argentina, Bolivia, Ecuador, El Salvador, Estonia, Montenegro and Vanuatu join as members.

Constitutional amendments were also approved, adding to athlete representatives and a non-voting treasurer to the Board.

Jose Rebelo and Tatyana Ivanova already represent the World ParaVolley Athletes' Commission on the Board.

At the conclusion of the meeting, Couzner revealed that chief historian Kwok Ng had completed a history of sitting volleyball that focused on 40 years of involvement in the Paralympic Games from 1980 to 2020.

The President also acknowledged the work and commitment of Kessel as the development director since 2012.

Dutch city Arnhem was scheduled to host the General Assembly before it was moved online due to restrictions caused by the coronavirus pandemic.

The World ParaVolley Board approved the move, outlining that the virtual meeting would ensure reduced costs and greater participation than attempting to organise a face-to-face General Assembly.