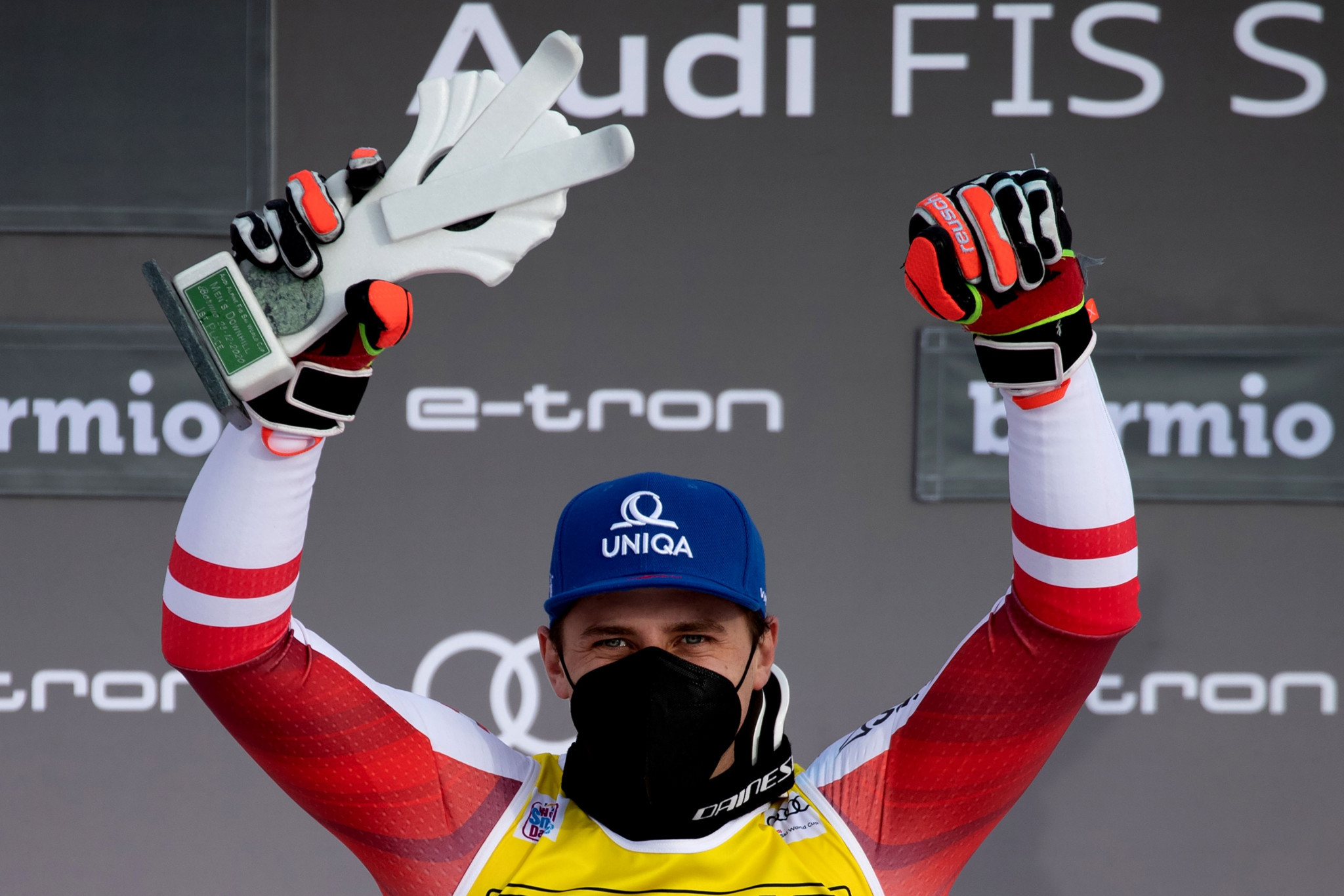 Austria's Matthias Mayer emerged victorious in the men's downhill at the International Ski Federation (FIS) Alpine Ski World Cup, with the top three being separated by just six hundredths of a second.

The two-time Olympic champion claimed his 10th World Cup victory in Bormio in Italy, also marking his 30th podium on the circuit.

He finished only 0.04sec ahead of his compatriot Vincent Kriechmayr, who finished with a silver medal for the second time at this World Cup event.

The 2019 downhill bronze medallist also won the silver in the super-G yesterday, coming up short in a close contest with Mayer.

The rest of the field were close behind, with Dominik Paris of Italy finishing just 0.13 behind Mayer in fourth, just ahead of Mauro Caviezel of Switzerland in fifth, 0.16 seconds behind Mayer.

Norway's Aleksander Aamodt Kilde, the United States' super-G winner from yesterday Ryan Cochran-Siegle, France's Matthieu Bailet and France's Johan Clarey all finished within half a second of the winner, while Switzerland's Beat Feruz completed the top 10.

The absence of France's Alexis Pinturault means that Kilde is the new overall leader of the World Cup.