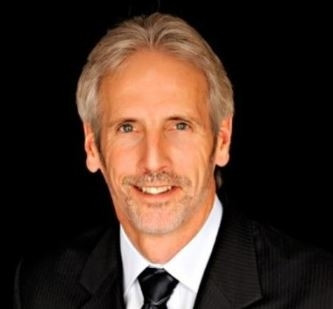 Olympic medallist Bruce Robertson has received the Commonwealth Sport Canada (CSC) Award of Merit in recognition of his volunteer service with the organisation, it has been announced.

The Award recognises an individual who has made "distinguished, lasting and valuable contributions to furthering the aims and objectives of Commonwealth Sport Canada and the Commonwealth Games Foundation of Canada (CGFC), both domestically and internationally".

Robertson won Olympic silver and bronze medals in the 100 metres butterfly and 4x100m medley at Munich 1972, as well as gold in the individual event at the 1973 World Championships in Belgrade.

At the 1974 Commonwealth Games in Christchurch, he won two gold, two silver and two bronze medals.

But, more recently, he has become better known for his administrative work within the Commonwealth Games Movement.

Robertson has served on the CSC Board in various capacities, including those of vice-president, treasurer, and ex-officio member.

The 67-year-old from Vancouver has also been President, Board member, and treasurer of the CGFC in addition to chairing the CSC’s International Development through Sport (IDS) Advisory Committee.

Internationally, Robertson has served the CGF as both a vice-president and regional vice president for the Americas Region.

He chairs the CGF Sports Committee and is a member of the Audit and Risk Committee.

Robertson is also chair of the CGF Coordination Commission for Birmingham 2022, having previously headed the group that monitored the preparations at Gold Coast 2018, Glasgow 2014, and Melbourne 2006.

He was a member of the Coordination Commissions for Delhi 2010 and Manchester 2002.

"He is recognised around the globe for his dedication to the Commonwealth Sport Movement and we are privileged to benefit from his continued involvement and leadership within CSC."

Andrew Pipe, former President of the CSC, also congratulated Robertson on his Award.

"There is no-one in the Commonwealth Games Movement in Canada or internationally that deserves this award more than Bruce Robertson," he said.

"While his accomplishments are the stuff of legend, it’s also important to recognise that he has made unbelievable and untiring contributions through his work.

"The success of the Commonwealth Games on virtually every continent over the past several decades is due to the kind of leadership and energy that he has brought."